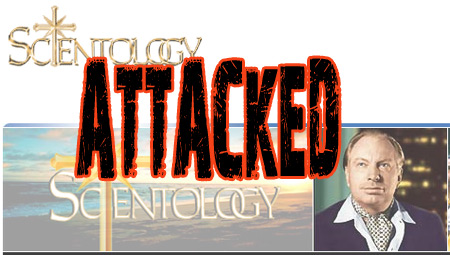 A group of hackers who call themselves “Anonymous” have attacked the Church of Scientology’s online Web site. As the name of the group itself suggests, Anonymous does not disclose the true identities of its members.

Scientology, which was founded by L. Ron Hubbard is a religion in itself that millions across the world practice and promote with a high level of belief. Scientology describes itself as “the study and handling of the spirit in relation to itself, others and all of life.” Some of its most notable followers include actors Tom Cruise and John Travolta.

The attack on Church of Scientology Web site was supposedly launched by Anonymous on January 19, 2008. The hackers claim that the main reason for it was to seek media attention in order to help “save people from Scientology by reversing the brainwashing.”

The attack on the official Church of Scientology website included a number of computers bombarding the victim’s servers with requests, overwhelming it with data. The main aim was to ultimately knock the system offline.

“For the good of your followers, for the good of mankind and for our own enjoyment, we shall proceed to expel you from the Internet and systematically dismantle the Church of Scientology in its present form,” the voice in the video continued.

Anonymous were however not entirely successful in bringing down the Church of Scientology’s web site. Instead, the site was hit with a number of DDOs (Distributed Denial-Of-Service) attacks, which flooded the site with as much as 220 Mbps of traffic.