The Google Chromecast dongle has changed the lives of many by offering a cheap platform to stream media on big screens using smartphones and tablets. However, all its programming needs to be controlled using these devices, making things a bit frustrating if they are not within reach.

But now, users of the Chromecast have a second option to control the media, that can be found on the remote controls of their TV sets. At the moment, only the play and pause functionality has been brought onboard by the device’s new firmware, but it’s basically the main reason why this feature was needed. 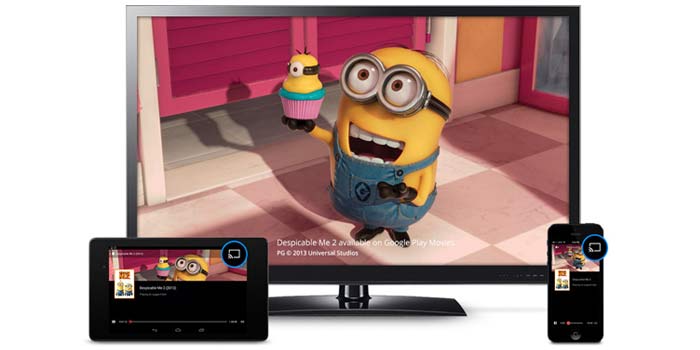 In order to take advantage of it, your HDTV needs to kick in support for HDMI-CEC which is also known as HDMI Consumer Electronics Control. This technology is specially designed for the main television set’s remote control to work with gadgets that are connected via HDMI.

A user of Reddit has reported that apps like WatchESPN, HBO Go, YouTube, Allcast, BBC iPlayer, Google Play Music and TuneIn Radio are definitely supporting this trait at the moment on Chromecast. And we’re sure more and more apps will soon be added to this list.

The Chromecast was launched by Google back in July 2013 as a media streaming stick that connects to HDTVs via HDMI and lets users watch web-based content from their smartphones and tablets on big screens with the help of Wi-Fi. Its small size and its extremely affordable price have steered a large number of people towards buying it.

Like we said, Google Chromecast’s new ability of working with your TV’s remote controls is only applicable if your TV supports HDMI-CEC.