When Google launched the Chromecast, it marketed it as a device meant only for consuming web content on your smartphones and tablets through bigger TV screens. It then also made available the ability to cast tabs from the Chrome browser for added convenience.

But something that has been doled out only now is the provision to cast your entire Android screens on your TV sets using the HDMI dongle. An announced of such a feature being under development was made at the Google I/O keynote last month, but we didn’t expect it to go live so soon. 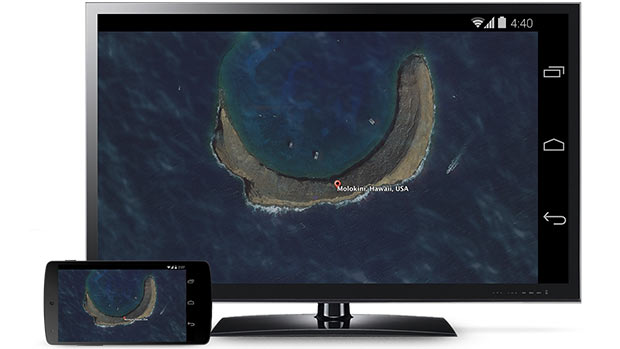 It is here nonetheless, and is quite simple to access. An update to the essential Chromecast app is live now which you need to download onto your devices first. Once the new version is downloaded it will start displaying a ‘Cast Screen’ option in its slide-out drawer.

All you need to do now is select this option and choose your Chromecast device to start seeing everything that’s happening on your Android phones or tablets on your TV sets. So, showing your photographs or videos to everyone in the room wouldn’t be a hindrance anymore.

As one would expect, this feature is in beta mode, so expect some bugs to be part of it. Besides, it is currently set to work with a select number of devices that have been listed here, however, other handsets will be gaining compatibility soon. 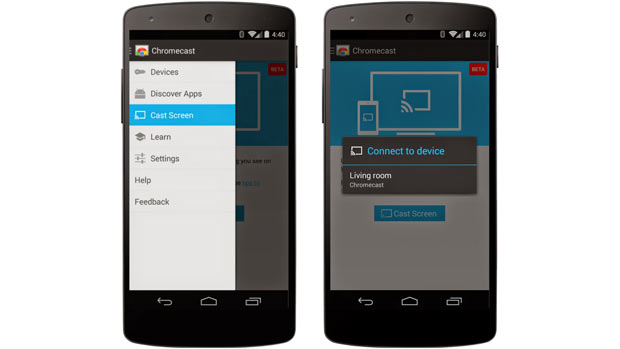 Like we said, this new Android mirroring feature on Google Chromecast will be enabled by the latest version of the device’s companion app which is rolling out through the Play store.