Running Android apps on PCs is very much possible these days and soon, it’ll be a reality on Chromebooks as well. Google announced during its I/O keynote that it plans to bring support for applications created on its mobile OS to its Chrome-based desktop platform. And several releases have already been showcased from popular developers.

The current list of working apps include Vine, Flipboard and Evernote. The downside here is that you won’t be able to run just any Android application you desire. Google is only allowing approved release into its Chrome OS. On the upside, you can nominate the apps you’d like to see on Chrome-powered laptops and desktop and hope they make the cut. This new capability will reach Chromebooks sometime this fall. 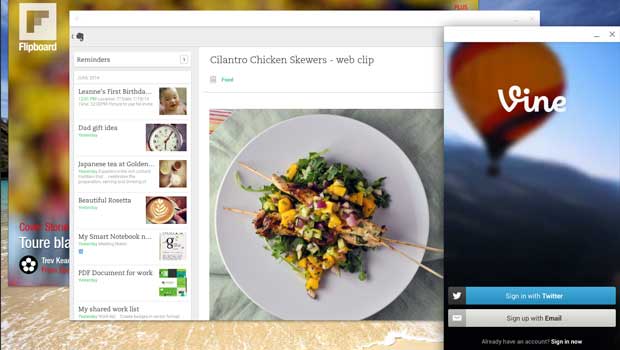 Much like how OS 8 and OS X Yosemite integrate, Google wants Android and Chrome OS to work well with each other. This has led to some pretty exciting new features for the Chromebook. Firstly, if you’ve got your Android L smartphone with you, you’ll no longer have to unlock your laptop as Google does it for you. That’s not all – You’ll also be automatically signed into your favorite apps and services.

And with your phone and Chromebook connected, you’ll be able to view notifications on incoming calls, text message and low batter amongst others. It’s still not confirmed whether you’ll be able to respond to messages or answer calls directly from the laptop.

To nominate an application, head over to this link. There, you’ll have to provide a link to the Android app in the Play store.