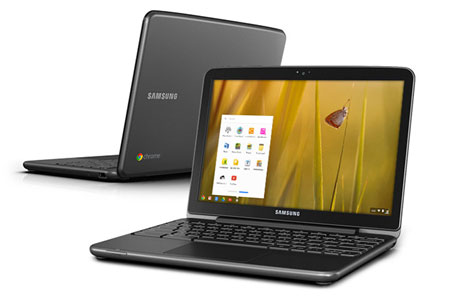 Google is offering the Samsung Chromebook at $99 to public school teachers for use in the classroom environment. This discounted pricing includes hardware, management and support and will come as a boon to budget-strapped institutions.

The Internet search giant has collaborated with DonorsChoose.org, an online charity which aims to plug the needs of public schools by directly connecting them with donors. Considering that the device starts at $429, this monumental drop in the price caters to schools genuinely lacking in funds. 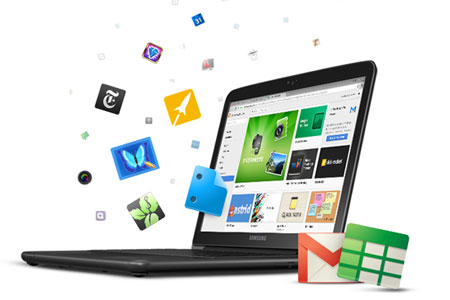 The offer is available to full-time public school teachers only until December 21, 2012, who can post requests on the donor web site in a manner similar to the way Kickstarter works. Anyone can make a donation, and when the funding goal is achieved, the schools will receive their shipment of the notebooks.

The Series 5 Chromebook from Samsung runs Google’s propriety Crome OS, based on the Linux platform and designed to work exclusively with web-based applications. It also has a large trackpad and a full-sized chiclet keyboard. Let’s take a quick look at the notebook’s specs. 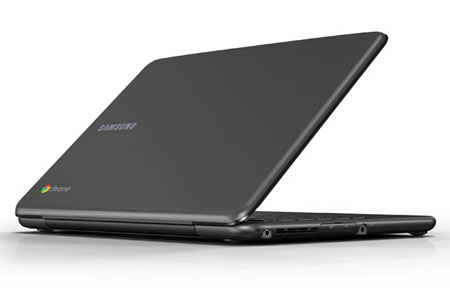 It comes with an HD-capable, 12.1-inch screen which offers visuals at 1280 x 800p as well as built-in 3G, enabling users to connect to the web even when it’s difficult to find local wireless connections. There are two USB 2.0 ports, a 4-in-1 memory card slot and a micro-VGA port with a VGA adaptor contributing to its connectivity features.

Its processing power comes from an Intel Atom N570 dual core CPU run at 1.66GHz. 2GB of RAM has been added to keep the device capable, although this can be specified up to 4GB for better performance, while a 16GB SSD comes built into the notebook for on-board storage needs. 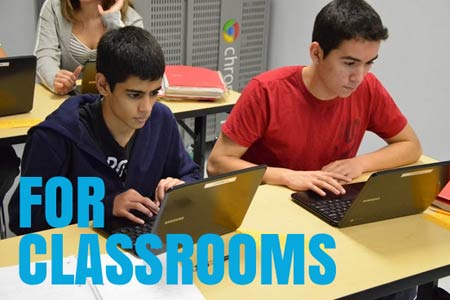 It weighs as little as 3.06 pounds or 1.38kg and is capable of providing up to 8 and a half hours of continuous usage on a single charge. There is also a built-in webcam which can capture images and video in 1.0MP HD resolution.

Google takes up this $99 Samsung Chromebook initiative to reach a greater number of classrooms, with more than 1,000 schools having already opted to integrate the Series 5 devices into their teaching philosophy.