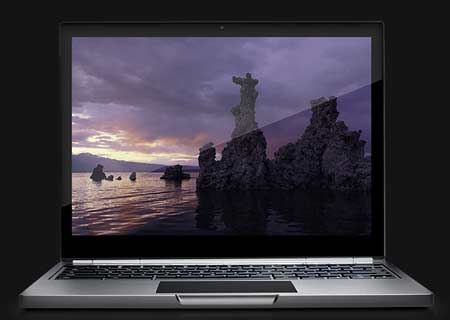 The Chromebook Pixel has gone from rumors to reality and this piece of hardware has already been put up for pre-order in the US and UK for a starting price of $1,299 and £1,049, respectively. The Google powered laptop aims to take on the MacBook Pro’s Retina display in a pixel war, although we’re quite skeptical whether the former’s OS is capable of putting up a tough fight.

The device has a 12.85-inch display in its possession proffering a 3:2 aspect ratio, a resolution of 2560 x 1700 pixels and a 239ppi density. In addition to these, the panel employed here is touch enabled which is a first for the series. It also has 400nits of brightness, a 178 wide viewing angle and a Corning Gorilla Glass protective coating. The Mountain View giant has designed the device with various premium features. The body is crafted from an anodized aluminum alloy to deliver a smooth and durable form factor. 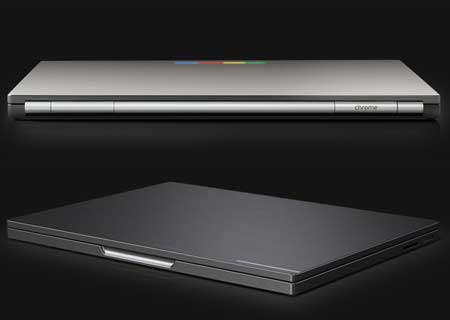 For a more elegant and minimalistic appearance, the company has fitted certain components such as the air vents and screws in such a manner that they aren’t easily noticeable. Even the stereo speakers have been incorporated beneath the backlit keyboard. The laptop’s lower portion houses an etched glass touchpad, while a 720p webcam is placed near the display along with a trio of microphones for video conferencing.

On the technical front, the laptop carries a dual core Intel Core i5 processor with a 1.8GHz clock speed, 4GB of DDR3 RAM and options of 32GB or 64GB SSD storage. While the internal hoarding capacity may seem inadequate for some, Google has provided means of expansions in 2 forms, one physical which is a 2-in-1 card reader and the other is 1TB of free Drive could storage that’s valid for a period of 3 years. Lastly, the 59Wh battery is capable of delivering up to 5 hours of active usage on a single charge.

The Chromebook Pixel is up for pre-order on Google Play in the US and U.K. While the Wi-Fi model can be reserved now and ships next week, the $1,449 4G LTE option for the former country is expected to have a release date during April. 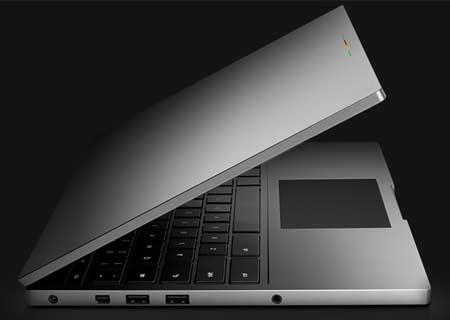