Freebies and extra perks have always been the sweet spot when purchasing new devices and buyers of the Chromebook Pixel LTE were probably pretty excited of receiving 100MB of free LTE data each month through Verizon for a period of three years. Well, things have taken a turn for the worse as the carrier has stopped offering the no-charge data only a year after activation.

Now, 100MB of data isn’t much, but for some users it could be of high value, especially for those who are mostly in Wi-Fi zones, but step out every once in a while. Nevertheless, what’s promised at sale must be delivered. Verizon is cutting the free data short by two years and Google isn’t doing anything to help out. A post on Computerworld indicates that the Mountain View giant is also trying to cover up its mistake. 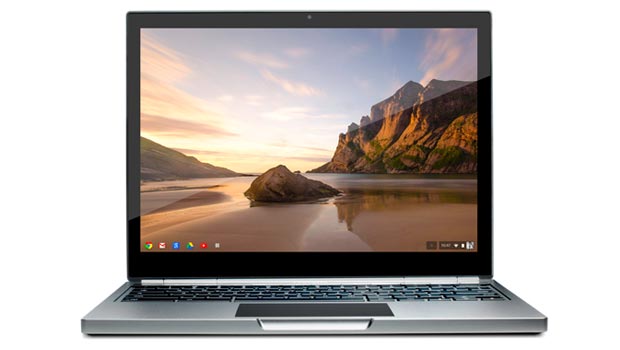 The Chromebook Pixel LTE product page no longer mentions the free data and there’s a message which states that the laptop isn’t ‘eligible for any free Verizon data plans.’ The original press release which can be found here clearly states that customers are entitled to 100MB monthly usage for 3 years. To make things confusing, a cached version of the product page states that the free data is for 2 years. So why did Verizon decide to end the promotion after a year? It turns out that the carrier has no information on the plan being for multiple years and as far as they know, it’s valid for 12 months only. 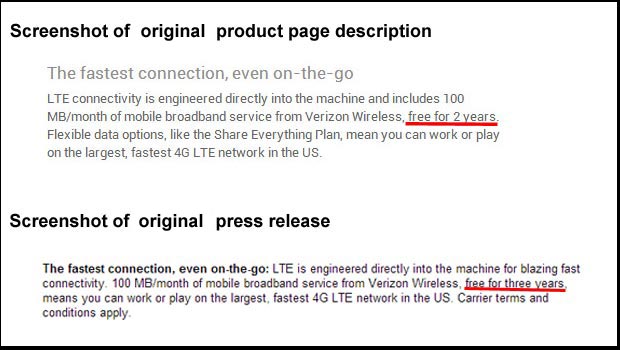 Google has clearly goofed up and Chromebook Pixel LTE customers aren’t pleased. We’ll have to wait and see how the search giant plans to resolve this issue. So far, neither of the companies have provided a statement on the problem.