The purpose of having a roster of Chromebook alternatives is quite simple – Even through notebooks with Google’s desktop OS have managed to offer a good deal of features at very attractive prices, the platform still falls short in various aspects. For instance, you’ll have a limited number of applications and most of the services being offered require an internet connection. What we’ve done is rounded up affordable laptops, hybrids, convertibles and even tablets which position themselves as viable substitutes to the said series of notebooks. These devices run on Windows 8 and Android, but they will cost you a bit more, price-wise. We’ve managed to keep the list below $500. 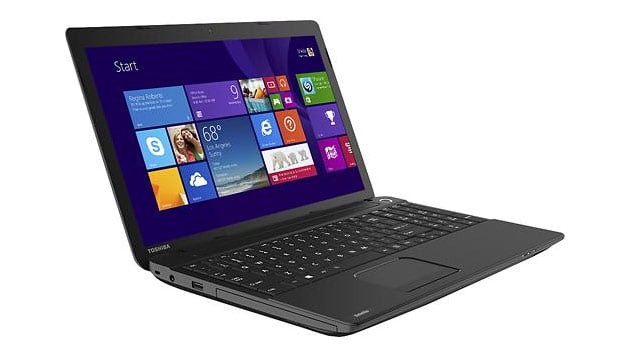 Toshiba is mainly known for its high performance business-class notebooks, but it also has affordable laptops like the Satellite C55-A5104. This 15.6-inch laptop is loaded with Windows 8.1 and it’s powered by a Celeron N2820 processor that’s clocked at 2.39GHz that’s accompanied by Intel HD Graphics. Where memory is concerned, you get 4GB of RAM and a 500GB HDD. The company has also thrown in a double-layer DVD drive, Ethernet, Wi-Fi 802.11, Bluetooth and USB 3.0 as well as a 6-cell Li-ion battery. The software-hardware combination here will allow you to run various desktop applications and you’ll also be treated to a complete Windows experience. 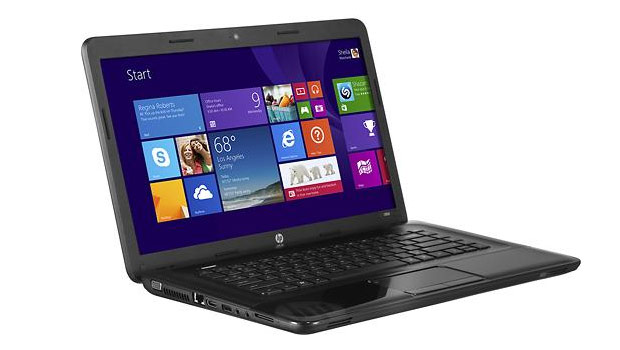 The HP 2000-2d70dx is another fine laptop on this products like Chromebook compilation. This notebook is priced higher than the Satellite C55-A5104, but it also offers a few extra goodies. You get a beefy quad core AMD A6-5200 processor that offers Radeon HD 8400 graphics, 4GB of RAM and a whopping 750GB of HDD storage. This notebook falls in the 15.6-inch category carrying an HD LED BrightView display and there’s a DVD drive as well. The speedy processor and Windows 8.1 64-bit make a good pair for running demanding applications and games. HP has provided no shortage of connectivity options. You get USB 2.0, a card reader, Ethernet, HDMI, Wi-Fi and Bluetooth. 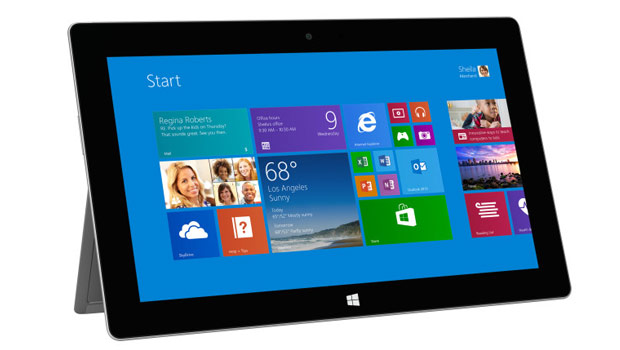 Dell’s 15.6-inch Inspiron 15 comes in some pretty attractive configurations which cater to different budgets. For basic needs, it has a dual core Celeron model that packs 4GB of RAM and a 320GB HDD. The second option tags along a fourth generation Core i3 processor, 4GB of system memory and a 500GB hard drive. Then there’s a third options which is essentially the same as the previous one but with a touchscreen display. All models support Windows 8.1 and they have integrated Intel HD Graphics, Wi-Fi, Bluetooth 4.0, USB 3.0, Ethernet, HDMI and a 4-cell 40WHr battery. The mid- and high-end choices also have DVD drives. 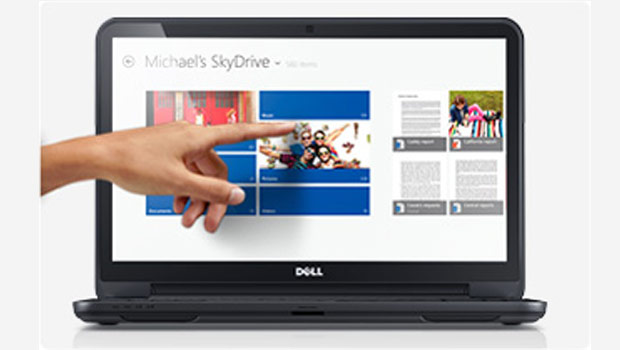 In the tablet segment, Microsoft’s Surface 2 is one of the finest Chromebook alternatives you’ll get. It doesn’t come with a full desktop OS, but Windows RT that’s designed for the ARM architecture. Speaking of which, a quad core Tegra 4 processor from Nvidia powers up this slate and it’s accompanied by 2GB RAM and storage options of 32GB and 64GB. Microsoft has outfitted the device with a 10.6-inch 1080p display and it’s providing a free copy of Office 2013 RT. With the integrated kickstand, the tablet can be placed upright and you can get your hands on the Touch and Type Covers for a notebook experience. Other highlights of the Surface 2 include dual cameras, Dolby sound, USB 3.0 and up to 10 hours of battery life. 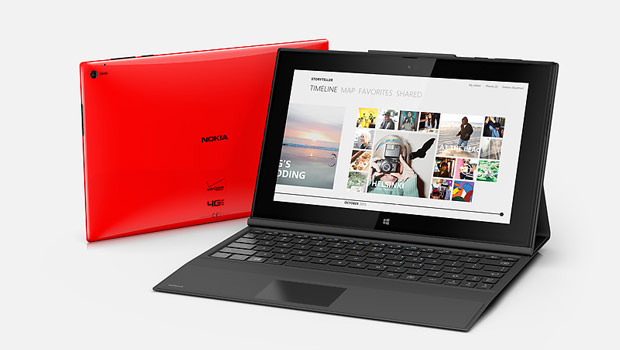 The Lumia 2520 is Nokia’s first tablet after many years. The company has opted for the Windows RT platform like the Surface 2, but has chosen a quad core Snapdragon 800 processor instead of the Nvidia SOC. Not only is it more affordable than Microsoft’s homemade slate, but also offers some pretty interesting features like a 1080p FHD ClearBlack IPS LCD panel with Gorilla Glass 2, a cellular model for data over LTE, a 6.7MP camera with Carl Zeiss optics and a large 8120mAh battery. Nokia has even designed the tablet with an 8.9mm thin form factor. The usual connectivity features such as Wi-Fi 802.11 a/b/g/n, Bluetooth 4.0 and USB 3.0 are provided and there’s NFC too. In the storage department, you get 2GB of RAM and a 32GB SSD. For productivity, there’s Office 2013 RT the Nokia Power Keyboard which offers extended battery life, two USB ports and a trackpad. 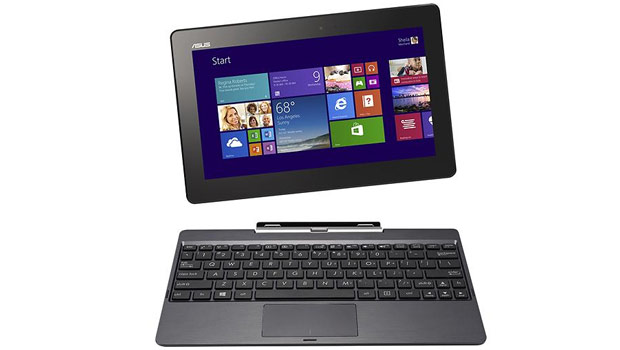 We’re now entering into the convertibles section of the products like Chromebook array. Asus’ Transformer T100 is one of the first Windows 8.1 tablets to come with Intel’s latest quad core low-power processor, Bay Trail. The Atom SOC here is clocked at 1.3GHz and it offers twice the performance compared to its predecessor whilst extending the battery life. This 10.1-inch slate is accompanied by a keyboard dock for a full notebook form factor. The screen offers visuals in HD resolution, while 2GB of RAM and options of 32GB or 64GB of storage are supplied. Other key features include a full copy of Office Home & Student 2013, a 1.2MP webcam, Wi-Fi and Bluetooth 4.0. You can expect 11 hours of battery life on a single charge. 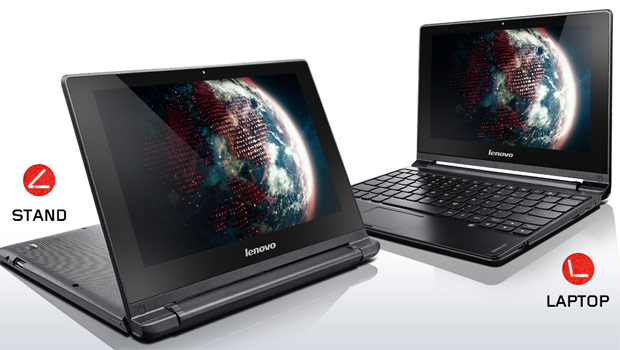 Last on the list is the Android powered Lenovo A10 notebook which comes with a multimode form factor like the devices in the company’s Yoga series. However, there are just two modes available here, stand and laptop. The 10.1-inch HD screen has been designed to flip backwards up to 300 degrees and it’s accompanied by a VGA webcam. On the bottom-half, you get a full-size AccuType keyboard, a USB 2.0 port, a microSD card slot and a touchpad. A customized version of Android 4.2 runs the show here and it’s powered by a quad core 1.6GHz Cortex A9 processor. Other features include 16GB of storage, 1GB of RAM, Bluetooth 2.1, Wi-Fi and up to 9 hours of battery life.

With these Chromebook alternatives, you’ll have a complete PC experience at your fingertips. Also, you’ll have a wide catalog of applications and services available. If you know of any notebooks or tablets that’ll fit well in this roster, feel free to share your recommendations with our readers.