Chrome OS shines with unveilings of cheap, convertible Chromebooks and a mini PC

It was foretold by leaks that even more affordable Chromebook laptops are on their way into the market, and Google has finally taken the veil off those offerings. Additionally, the search giant has also introduced us to the first ever convertible Chromebook and the rather innovative Chromebit HDMI stick which can be hooked onto any TV to convert it into a Chrome OS-running PC.

Let us first take a look at the ultra-affordable Chromebooks that can be yours at as low as $149. These laptops come from Haier and Hisense, and according to Engadget, they are clad in utilitarian black plastic bodies. These Chrome OS-running gadgets feature 11.6-inch monitors that display their visuals in 1366 x 768 pixel resolution. 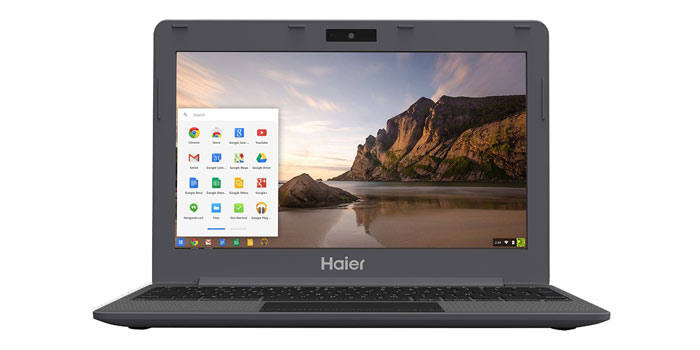 They both work on a quad core Rockchip 3288 processor that is coupled with 2GB worth of RAM. This setup is accompanied by just 16GB of flash memory, but Google provides its Chromebook laptops with ample amount of Drive storage; so space shouldn’t be an issue as long as you have constant Internet connectivity. Furthermore, the GPU on these two laptops is an an ARM Mali 760 quad core unit. 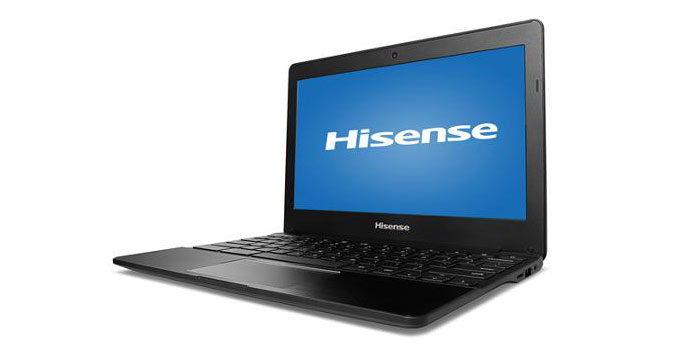 These products kick in 802.11 ac Wi-Fi support, a 720p HD webcam, two USB 2.0 ports, a microSD card reader and Bluetooth 4.0 compatibility as well. While the model made by Hisense claims to offer 8.5 hours of battery backup, the Haier variant promises 10 hours on a single charge.

The entry of Chromebooks into the convertible category is being heralded by the lightweight and extremely thin Asus Chromebook Flip which bears a 10.1-inch touchscreen IPS display that can be twisted and turned to suit different purposes. This model will set you back by a good $249, and will offer the same specs which the above mentioned laptops have been equipped with. 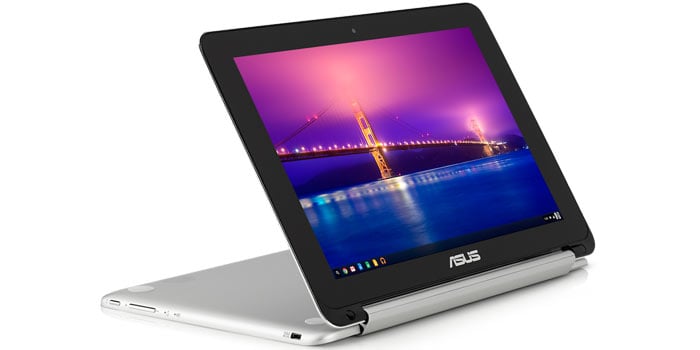 Asus has introduced another Chrome OS notebook in the form of the Chromebook C201 which will cost $169. It has been fitted with an 11.6-inch 1366 x 768 pixel display, and its other specs will remain more or less similar to those of the above mentioned laptops. It has been revealed that this machine is capable of delivering up to 11 hours of battery life. 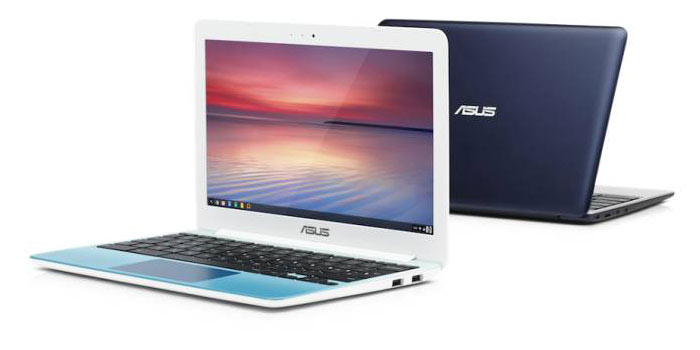 Coming now to the most interesting new device that Google has just announced; the Asus Chromebit. It’s essentially a Chromebook that fits inside a dongle which you need to connect to your TV’s HDMI port. This flexible little gadget has its HDMI side swivel in different directions to make it easier for you to stick it in the right slot. 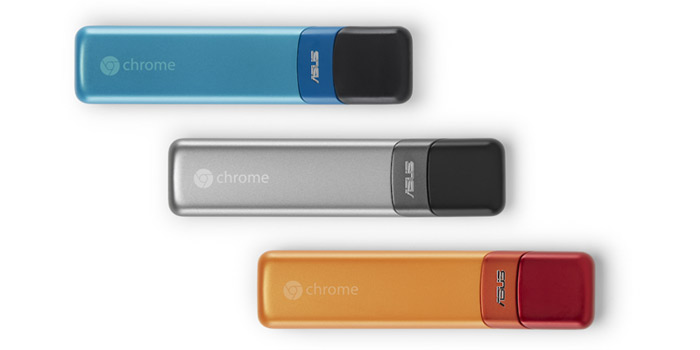 It has a USB port of its own to let you connect your wireless mouse and keyboard combo, or you can also do that using its Bluetooth 4.0 support. The Chromebit runs on a Rockchip 3288 SoC, while it offers 2GB of RAM, 16GB of storage, Wi-Fi 802.11 ac support and an ARM Mali 760 quad-core GPU. It will cost less than $100 whenever it’s out. 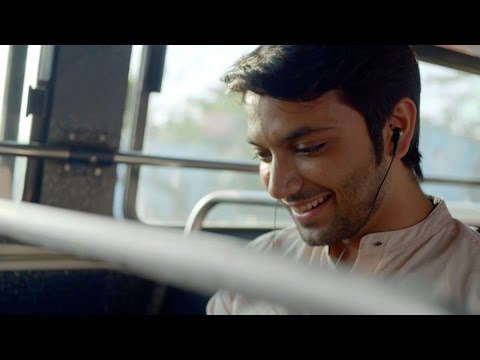 Google has been investing a lot of its attention into its Chromebook platform, and these new products are a glaring proof of that.

Facebook
Twitter
Pinterest
Linkedin
ReddIt
Tumblr
Flip
Previous articleDo we really need a Broadwell chip on a Chromebook? Acer seems to think so
Next articleAcer One convertible drops Amazon exclusivity, now available at a store near you