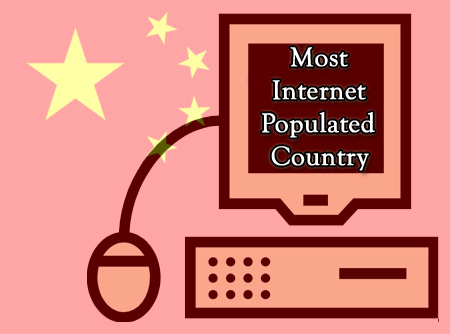 China is the populated country in the world. Now it also has the highest number of Internet users. According to reports more than 221 million people in China were accessing internet by the end of February 2008.

By the end of 2007, 210 million internet users were located in China; while, 215 million of Americans were taking advantage of the internet service. However the situation changed in February 2008, when the number of Chinese internet users went up to 221 million.

Internet is also censored in China, where the government employs an elaborate system of filters and tens of thousands of human monitors to survey surfing habits, surgically clipping sensitive content.