Yet another OEM is headed to India as the InFocus M2 smartphone is soon to make its debut in the country. The company is basically going to be using the same strategy as most of its competitors by offering its device through an ecommerce website.

In this case, it’ll be Snapdeal which will be given the honor of exclusively selling the InFocus M2. The online retailer has put up a registration page which highlights that the smartphone will make its debut on March 10 and it also notes that the device will go on sale the very same day. The handset will be an entry-level release and go up against the Lenovo A6000 and the Redmi 1S. 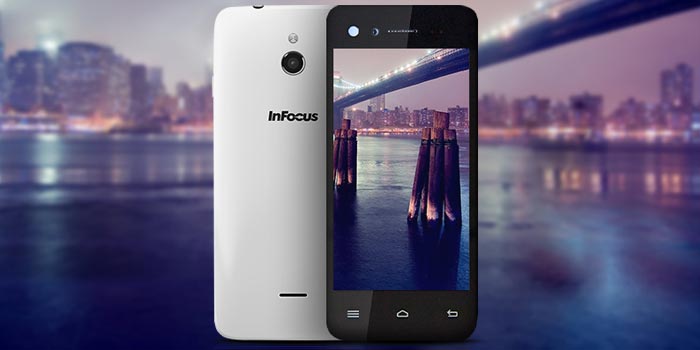 The major issue here is that the InFocus smartphone is quite small. The device dons a 4.2-inch 1280 × 768 pixel LCD panel while the competition at least packs 4.7 inches of screen space. There are upsides to this handset as well. It will be touted as a selfie offering as dual 8MP cameras with dual LED flash lights will be onboard, one for the front and the other on the rear.

The handset will run Android 4.4 KitKat and be powered by a 1.3GHz quad core MediaTek processor. A second model is also available with a Snapdragon chip and 4G LTE, but there’s no word on whether it will be made available in India as well.

Price details for the handset haven’t been listed as yet, but you can expect the InFocus M2 to retail for around Rs 7000. Head over to this link if you want to register to stay updated on new developments.