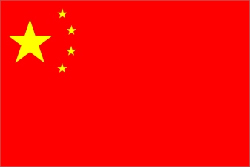 Trust me everytime I plan to take a holiday, the first thing I plan to put in my hand bag is a charger for my phone (keeping in mind that the only charger you get anytime, anywhere, from a plumber to a company’s CEO is the Nokia one). However somewhere far away in China seems to have had heard my plea and devised a solution.

The government of China has levied an order whereby it is compulsory for all mobile handsets to have a standard USB charger, the Ministry of Information Industry (MII) has announced.

Under the new unified standard, all mobile phones, regardless of the brand, will be able to share one charger with a USB access, allowing users to charge handsets through laptops.

The unified standard for Chinese USB will cut the cost of a new handset and reduce electronic waste and consumption of resources, an MII official said.

The MII official said no deadline had been set, so as to allow charger makers to adjust their production.

China has almost 450 million cell phone subscribers, with up to 100 million replacing their phones every year. The mobile phone chargers are often disposed of with the phones.

Under the new USB standard, cell phone manufacturers are expected to change their sales strategy, putting an end to the package sales of cell phones and chargers to save resources.

Lou Peide, executive secretary general with China Mobile Communications Association, estimated the new standard could save nearly 2.4 billion Yuan (306 million US dollars) each year for handsets made in China if the cost of each charger was seven to eight Yuan.