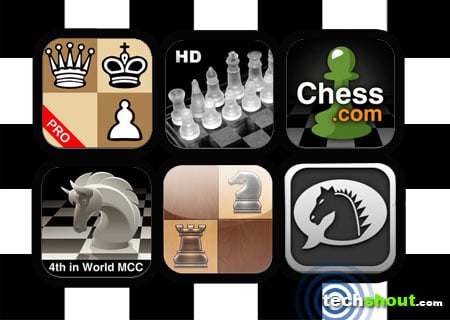 If you were to combine these 6 best chess apps for iPad with the 9.7-inch LED backlit screen on Apple’s tablet, you’re most likely to spend hours on end engrossed with competitive gameplay environments offered by these applications. And that’s not all – if you’re looking for something more challenging than just defeating AI opponents, most of the apps that we’re about to unveil come with multiplayer capabilities, both online as well as two player modes. Some of them even hold tutorials on how to play the game from the basics to becoming a chess master. So if you’re a novice or a well experienced player in chess, there’s no harm in learning some new tricks, especially if you don’t prefer hearing checkmate from your opponents first. 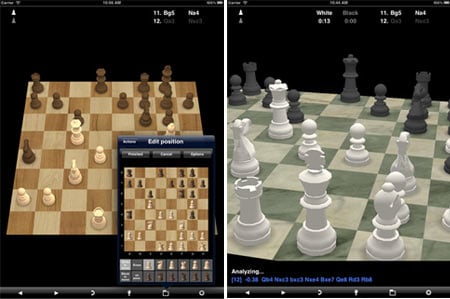 First up on our chess apps for iPad roster is tChess Pro. This application’s got almost everything you’re going to need to master the game. It comes integrated with the Learn Chess e-book tool to help you get accustomed to the rules and all the know how. Experienced players who have a desire to find out how good their skills really are, can use the analysis mode to obtain opinions on which side is winning, the best sequence of moves and much more in real-time. Besides these, the algorithms utilized for simulating human players can be adjusted according to beginner or expert levels. And if you’re up for a challenge, ELO ratings from 500 to 2500 can be selected for opponents. The tChess Pro price reads at $7.99 on the App Store. 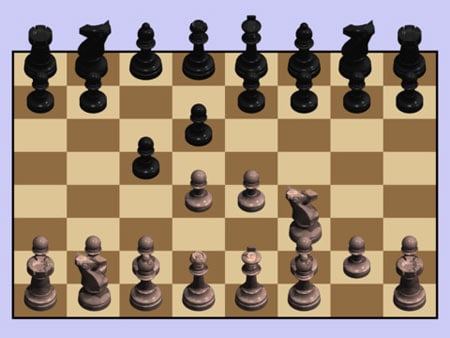 What makes the Chess-wise pro app stand out in the crowd is the integration of VoiceOver capabilities, through which the application is fully accessible by even a visually challenged person, well, that’s what the company states. Anyway, the game can be played by 1 to 2 players in both screen orientations. However, you may have to rotate the tablet or swap sides with your opponent due to the 3D interface. The online mode lets you challenge others based on their skill ratings or even observe games played by professionals. Also, if you’re looking forward to improving your skills, a collection of 300 exercises are readily available. The Chess-wise Pro price stands at $4.99 on iTunes. 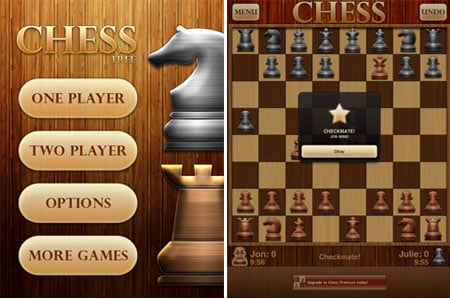 What puts Chess Free HD in our chess apps for iPad lineup is its simple and intuitive design. This application has a lot to offer as well. You can challenge a friend in multiplayer mode or even test your skills against the difficult AIs. And the next option within its features list should prove helpful for novice players. Even if you’ve made a wrong move, the undo feature lets you cancel the last action. To provide you with an enriched gaming experience, there are various graphical as well as audio effects. And if the in-app advertisements are weighing down your mental abilities, there’s always a professional alternative in the offering. 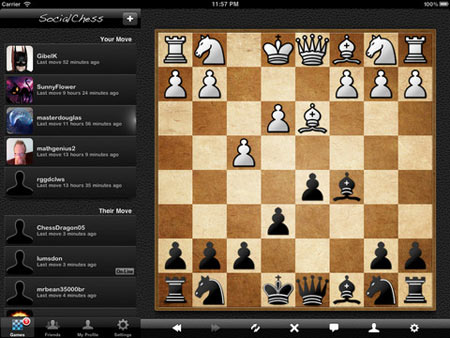 There’s something that makes playing chess more enjoyable with real opponents instead of a computer and the makers of SocialChess application seem to have realized that too. This app brings in an entire new gameplay experience through the online social community the developers have created. Firstly, to play over the internet, you may need to register and make an account. Well, signing up has its benefits too. You get your own profile with addable pictures and comments as well as a stats sheet to view ELO ratings, number of wins, losses and draws. Moving on to playable features, you can challenge friends through their usernames and email IDs or even take on a random opponent. The SocialChess price amounts up to $0.99 on the App Store. 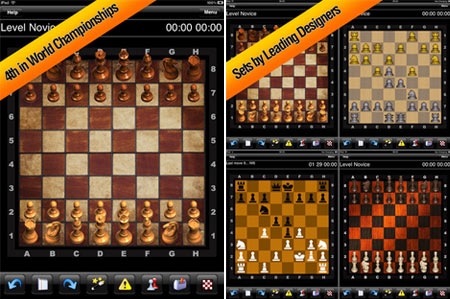 We’re sure that no one likes playing a game that’s too easy to win or where it’s impossible to defeat opponents. That’s why we’ve got the Chess application onto our chess apps for iPad list. This application is basically divided into two segments namely, Beginners and Grandmasters. Also, each of these are built for specific purposes. Now not everyone’s perfect and since mistakes happen, the novice mode allows you to undo previous actions. Additionally, it comes with a built-in coach to help you improve your skills. And if you’re under the impression that the amateur gameplay is too low for your liking, the professional level’s got a lot of goodies in store for you. The Chess price holds a $0.99 tag on iTunes. 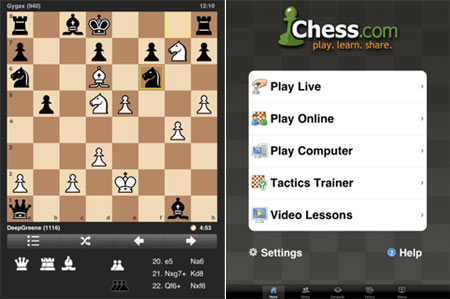 Similar to SocialChess, the Chess.com application also allows you to get your game on against a wide ocean of players within the online community. Also, if you’re a fast player or the kind who prefers making decisions nice and slow, the app supports quick as well as speed gameplay modes. Remember us mentioning tutorials to help improve your skills at any level? Here’s where you’re likely to find them. And each video lesson is stated to be from top players too. Whilst your opponent takes his time in making a move, you can engage in conversations or even taunt him a bit through the chat menu. The single player mode comes with a few options too. The computer’s level can be conveniently adjusted based on your skill or even playing styles such as Passive or Suicidal.

Owing to the tablet’s large display, playing some of these aforesaid best chess apps for iPad games are surely going to get you through many hours of enjoyment, especially with the 3D graphics and sound effects that a bunch of them have to offer. So it’s time to put that mind of yours to the test and maybe challenge a few worthy opponents online. Do let us know which of these apps make their way onto your Apple tablet.