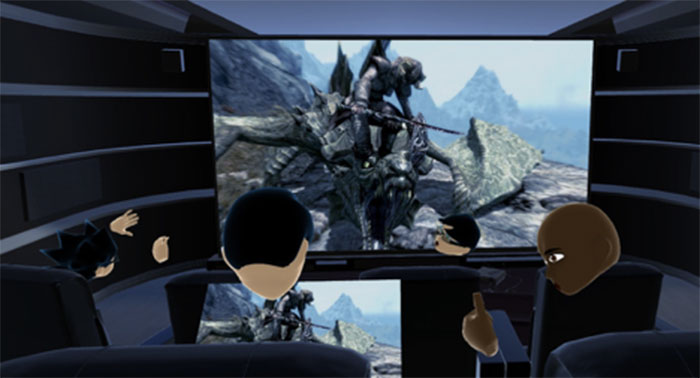 True, 2020 seems quite far away right now, but as it’s a nice round number, we thought we’d try to predict what the video gaming landscape could look like in roughly two years. Will we have hoverboards and flying cars by then? Unlikely, but regardless, let’s grab our dusty crystal ball and see if we can predict what video games will be like in 2020.

Games developers need to understand that the joy of playing a video game isn’t necessarily how close we can get to the action, but it’s much more about the characters, the graphics, the story, and the actual gameplay. VR is a gimmick – plain and simple. Just like 3D glasses in the cinema, it’s going to continue to be bad in 2020. Either that, or it’ll be gone entirely.

We feel the long-awaited next installment of the Halo franchise still won’t be released in 2020. This is because each Halo title seems to have raised the bar considerably from the last and understandably takes a long time to create. Even though it’s been close to three years since the release of Halo 5, we’ve heard very little about the new adventures of Master Chief and Cortana. We’re thinking a 2021 release date at the latest. That said, there will be plenty more Advanced Warfare, WW2 and Black Ops games released under the Call of Duty umbrella to keep us occupied.

Everyone will want their own gaming server

The problem with playing on the official game developer’s server is that you often have no idea who you’re playing with. Sometimes, the people are perfectly nice, but more likely, they are throwing horrible insults at you and generally trolling. Plus, for popular games like Fortnite and Destiny 2, the servers are constantly under maintenance or simply overloaded. Conversely, dedicated servers are easy enough to find now and, for PC games, in particular they bring many advantages. Above all: you run the show with regards to rules and the number of players.

The Autcraft Minecraft server has been a big hit, as it allows a safe space for those with autism to play video games Add to the fact that Google has teamed up with Ubisoft to deliver a dedicated server project called Agones, having your own server is something we think will catch on a lot more in 2020, particularly for hot titles like ARK, Minecraft, and CS:GO. It’s much better playing with your friends than enemies.

Twitch is unstoppable (and PewDiePie is still annoying)

Whilst YouTube star PewDiePie makes millions from being weird and shouting while playing video games, some far more serious stuff is happening over on Twitch. Pros live-streaming their gaming sessions is immensely popular and will only increase in 2020. A Fortnite streamer on Twitch called Ninja raked up around 628,000 viewers recently when he teamed up with rapper Drake for a session. The live-stream was the highest ever on Twitch, but while we can’t expect stats like that every time, it’s still a sign that gamers are just as happy to watch, as they are to play.

At least one person is still playing Pokémon Go

Although it’s amazing to think that literally anyone is still playing the biggest fad game ever in Pokémon Go, someone, somewhere, is determined to keep gathering and evolving their collection. As it’s hard to cheat in Pokémon Go, catching them all will continue many, many years into the future.