This is the cheapest the Moto G LTE has gotten yet

The Moto G LTE, an improved version of one of last year’s most acclaimed smartphones is now being offered with a $40 discount in the US by retail giant Best Buy. This upgraded version of the device is supposed to be sold at $219.99, but is available in exchange of just $179.99 as of now.

There’s a bit of a catch to it however, as this handset cannot be shipped to particular addresses. Hence, those who buy it through Best Buy’s online shop will need to visit the retail chain’s nearest brick and mortar store in order to pick it up. 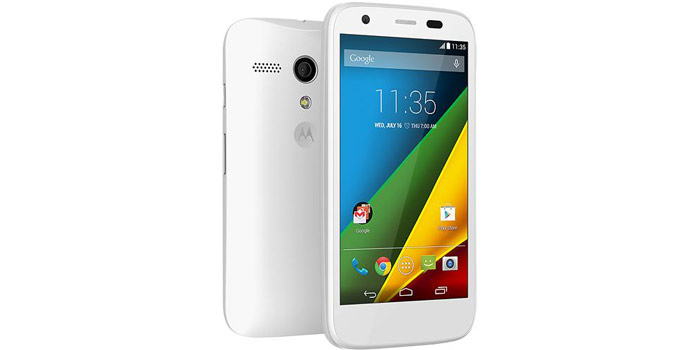 For those unaware, the Moto G LTE supports all major 4G networks from around the world. While its non-LTE models ship without microSD card slots, this one carries one onboard apart from 8GB of stock storage. Both its white as well as black colored models are eligible for this Best Buy discount.

The Moto G has been one of the most successful smartphones in recent times thanks to its advanced components which are being offered at an extremely low price point. The device has made waves in India especially and has even helped Motorola beat Nokia to become the fourth largest smartphone manufacturer in the country.

Here’s a look at the main specs of the Moto G:

For US buyers interested in the Moto G LTE variant, there won’t be a better time than this to lay their hands on the device. You can head over to Best Buy now to check out the offer.