There’s apparently a cheaper Moto X smartphone in the works for those who think $199.99 is a bit too much for a subsidized mid-range phone. Motorola has definitely made a good comeback and has outdone itself with the latest addition, but will a more cost-efficient version lead to lower quality hardware and lesser features?

During an interview with CEO Dennis Woodside, CNet has learned that the company plans on introducing a cheaper Moto X smartphone that will be less expensive than the current one. Well, the unsubsidized retail amount for the current one hasn’t been disclosed as yet. Now, while we’re calling the upcoming handset a cheaper Moto X, it isn’t likely to retain the same moniker as the original. We won’t be surprised if the company puts ‘mini’ in front of the name also, seeing that various manufacturers like Samsung and HTC to name a few, have adopted the same strategy with their flagships. 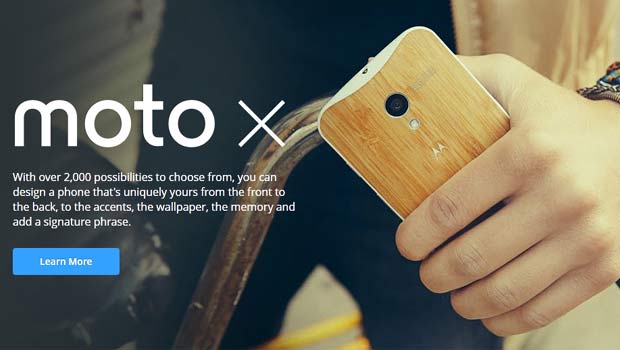 The idea of a cheaper Moto X seems viable, but what we want to know is how much impact the lower-priced version will have on hardware and features. The S4 and its compact version are worlds apart in performance, but most attributes have been retained. The main highlights of the Google-owned company’s handset are the ability for buyers to custom design it and the Touchless Control attribute. The latter is highly dependent on the new 8X mobile CPU. What’s more, Woodside also noted that many more additions to the current branded are expected in the coming months.

There’s no exact price given for the cheaper Moto X or a release date. What’s known so far is that it will be aimed towards the pre-paid market in the US as well as global locations where subsidized options aren’t available.