Cheapcast app makes you go ‘who needs the Chromecast’

Yes that’s right; while the Google Chromecast is grabbing its fair share of limelight with fast sales and favorable reviews, a Cheapcast app has landed on the Play store for free, making the $35 price of the device sound steep. The said app is in its beta stages right now, so not all of its features are expected to work fine, but you can download it to test for yourself. Created by an XDA user and spotted by Android Community, it allows an Android device to perform the same functions as those of the Chromecast.

Users will need to have both their devices on the same Wi-Fi network or have their TV sets connected via HDMI in order to enjoy the benefits of Cheapcast. The software enables you to ‘cast’ content from YouTube, Google Music and other such services through your Android-based tablet or phone. The video we’ve posted in the space below, explains how it works between two devices. However, those wishing to experience Cheapcast on their TV sets will be required to possess an HDMI out cable. 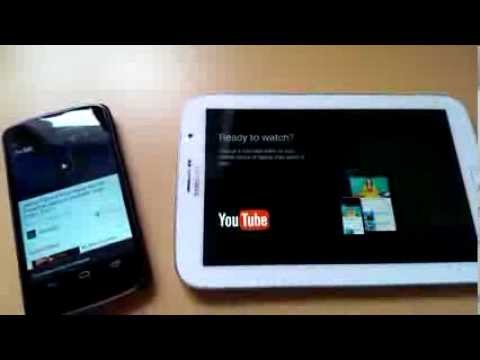 The creator of this app, Sebastian Mauer, has mentioned on its description on the Google Play store that this is an early beta version of the software, so some features might not work. For instance, the casting of Chrome Tabs has still not been added to the app.

Like we said, Cheapcast can easily be downloaded now through the Google Play store. It mentions Android version 2.2 and up as its minimum requirement.