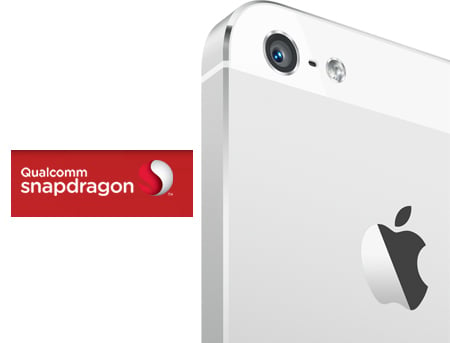 Rumors about the purported cheap iPhone seem to be picking up steam, even as a new bit has speculated that this device will be carrying a Qualcomm Snapdragon processor onboard, thus reducing its price. An apparent lookalike of the latest smartphone from Apple’s stable, this handset is said to have been aimed at emerging markets, and hence, hasn’t been infused with 4G LTE. As for the question of its release date, we’re oblivious to this fact at the moment.

The China Times recently published a report about the cheap iPhone, which Apple Insider has cited as the base of this new revelation. According to it, an unnamed industry watcher has disclosed that Apple will be employing a process dubbed 28nm so as to build its new Snapdragon SoCs. This procedure has been developed by a Taiwanese chipmaker which goes by the name of TSMC. This would make them the first chips from the company since a long time not to have been manufactured by Samsung.

Speculation also points out that Apple will continue crafting processors employing its A-series design which we’ve seen most recently in its latest smartphones and tablets. Giving light to the Qualcomm rumor is the fact that a couple of 28nm-based classes (400 and 800) of Snapdragon apparently offer on-board communications that comprise a cellular modem, Wi-Fi and Bluetooth.

From this purported piece of information, it can be inferred that Apple could be aiming at saving costs by utilizing an all-in-one platform. A few Snapdragon iterations even equip 4G LTE support, but as mentioned above, this connectivity should be given a miss by the Cupertino-based company so as to focus of developing nations.

The low-cost handset that is quite a center of attention right now has been touted to be a lookalike of the newest Apple smartphone. But as opposed to the materials used for the latter’s body, this one will supposedly be banking on polycarbonate for keeping its components together. Apart from all this, not much is being speculated about this device.

If the cheap iPhone is indeed a thing, judging by past experiences, we can say that tons of rumors can be expected prior to its official unveil. Stay tuned to this space, for not missing out on anything Apple-related.