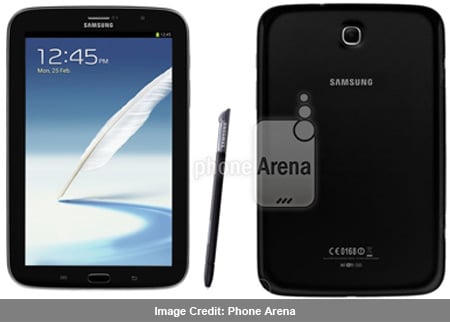 The Samsung Galaxy Note 8.0, the mid-size tablet that was launched at the MWC in February may come splashed in the shade of charcoal black as a picture of the device has recently been leaked on the web. Its white version has already gone official and will be arriving in markets sometime in the second quarter of this year.

The Galaxy Note 8.0 is a smaller version of the 10.1-inch device from the series which has recently been upgraded to support 4G LTE networks. While the company has not gone on record to confirm the existence of the black beauty, the guys over at Phone Arena received a promotional picture through their sources. The slate that comes across as a strong competitor of the Apple iPad mini has also entered India, where it is called 510. 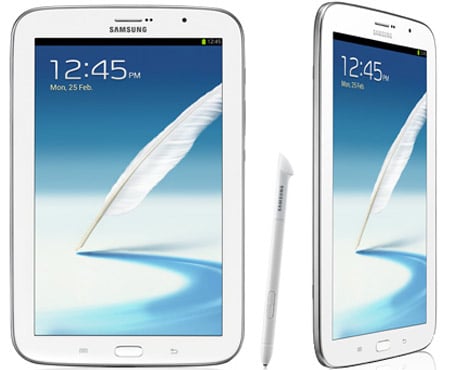 Besides employing a huge 8-inch TFT display, the device in question has been loaded with voice calling features. It can be expected to render visuals in 1280 x 800p resolution. The tablet treats users to the Android Jelly Bean 4.1.2 platform and may receive an OTA upgrade for the latest version of Google’s OS. Additionally, the responsibility of ensuring smooth internal operation has been assigned to a quad core A9 processor which clocks in a speed of 1.6GHz.

2GB of RAM aside, it ships with either 16GB or 32GB onboard memory which can further be expanded by up to 64GB with a little assistance from a microSD card. And if that’s not enough, it tags along dual cameras too. A 5MP camera sits on the rear panel, while a 1.3MP webcam is fitted on the front to facilitate web conferencing. The slab hides a 4600mAh lithium-ion battery under the hood. 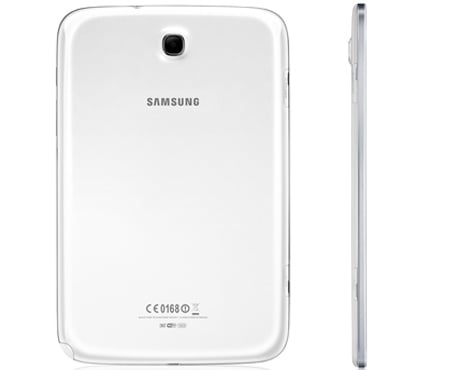 Complete with the multi-window feature, the device brings along functions like Google Now, Expandable Notifications and more. In addition to this, it boasts of certain apps optimized for the S Pen such as Pen Detection, Page Buddy, Air View, Dual View, S Planner and S Note to name a few.

The availability details of the charcoal black-colored Samsung Galaxy Note 8.0 have not been revealed as yet. 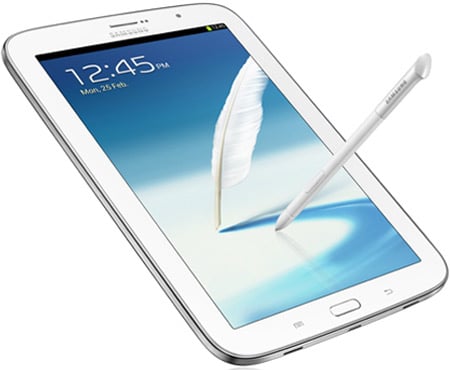