On the eve of India’s Independence, Pandit Jawaharlal Nehru had said, “At the stroke of midnight hour, when the world sleeps, India will wake up to life and freedom.” But on October 22, 2008, as the world woke up to a normal Wednesday morning, Indians were awakened to the roar of the Polar Satellite Launch Vehicle (PSLV). 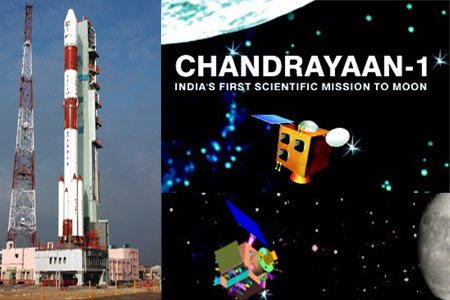 Years of hard work paid off as the unmanned Chandrayaan-1 spacecraft took off from the Satish Dhawan Space Centre in Sriharikota, which is in South India. The spacecraft blasted off after a 52-hour countdown and it began a scheduled moon mission that is supposed to go on for two-and-a-half years.

India has come a long way from its initial space programs and sending a rocket to the moon is surely a feather in the cap for the Indian Space Research Organization (ISRO). What is interesting is that they managed to pull this feat inexpensively compared to the moon missions of other countries as it cost them $79 million.

Chandrayaan, which basically means ‘moon vehicle’, will be mapping a 3D atlas of the moon. Besides that, it will map the mineral and chemical composition of the lunar surface. Nearly a thousand scientists have toiled hard on the Chandrayaan project and their work was successful as the rocket is carrying eleven payloads from six different countries.

The successful launch of Chandrayaan-1 has made the world take notice of the Indian space program in a very serious way. Though Indians have been well appreciated in this sphere, an unmanned mission to the moon is surely a great way to announce to the world about our technological prowess. In fact, only a few countries have sent spacecrafts to Earth’s only natural satellite.

Apparently, US presidential hopeful Barack Obama too has found India’s moon mission encouraging and exciting but is taking it as a challenge for his country! But the future looks great for the Indian space program as ISRO has planned Chandrayaan II that will take flight in two to three years. The Indian space agency has also apparently planned up a manned mission to the moon but that will take a few years to materialize.