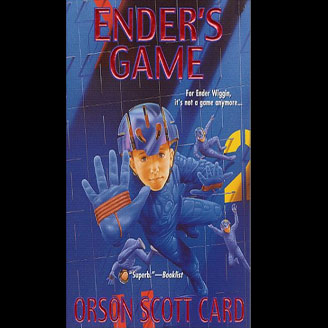 Video game developer Chair Entertainment, noted for the development of the popular Undertow game has now secured the rights to create video games based on the science fiction classic novel, Ender’s Game.

Ender’s Game happens to be one of the most popular novels written by Orson Scott Card. The story is set in the Earth’s future (the year is 2135!) where mankind has barely survived two invasions by the “buggers”, who are an insectoid alien race and the International Fleet who are preparing for war.

In order to find and train the eventual commander for the highly anticipated third invasion, the world’s most talented children including the rather extraordinary Ender Wiggin, are taken into Battle School at a very young age.

It is known that the video game based on Ender’s Game will be powered using Unreal Engine. Also, one of the games will most likely be a downloadable one which Chair hopes to make available by 2009 itself.

Orson Scott Card said in a statement on this new development: “There is going to be a universe of ‘Ender’s Game’ games, hopefully. But that’s like someone starting a restaurant and thinking about opening 100 franchises all over the country. Let’s make this one work first.”

This is not the first time that Chair Entertainment is working with Orson Scott Card. Chair Entertainment’s Donald and Geremy Mustard had teamed up with Orson to work on the Xbox title Advent Rising as well as for the original sci-fi intellectual property Empire. Incidentally, ‘Empire’ is being made into a movie by none other than producer Joel Silver.