Chainsaw Man Release Date Set For Fall [What To Expect]

With over 21 million copies of the manga sold by late 2021 and the Chainsaw Man anime release date fast approaching, it’s time to dig into all the information that’s available about this launch. Before we start, let’s put it out there — We agree with you, the hype is justified.

It’s not every day that a top tier manga, loved and adored by the community as a whole, gets an anime adaptation by one of the biggest names in the industry. Let’s look at what the most anticipated anime since Jujutsu Kaisen is all about and when it drops on your favorite streaming platforms.

When Is The Chainsaw Man Release Date?

The surprising thing about the anime was the lack of news on an official release date (until very recently) since most high priority seasonal anime comes with an approximate launch schedule, usually either on announcement or when the official trailer drops.

Early last year, the community had been speculating on a release date and it was widely expected to arrive in the fall season. But when the entire roster of fall anime was rolled out, Chainsaw Man was nowhere to be seen. MAPPA, the studio behind the illustrious Chainsaw Man anime adaptation, published “Takt op. Destiny” a few months ago. They were also busy animating the second part of the Attack on Titan final season that’s currently airing. In addition to these high intensity animation works, they were working on the Jujutsu Kaisen movie that dropped on December 24, 2021.

On February 12, MAPPA finally announced that Chainsaw Man would be launched in October 2022. The studio might have been forced to push the much-awaited anime towards fall of 2022 due to multiple high priority projects getting animated within months of each other.

Is The Chainsaw Man Trailer Out? 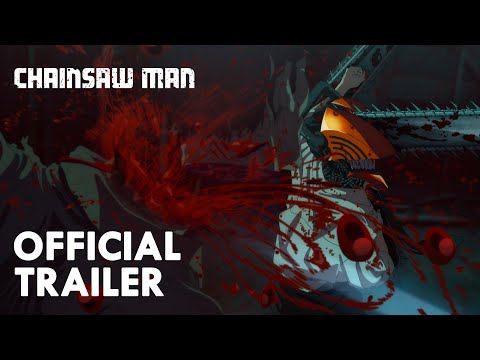 Yes. Three to four “trailers” have been posted by different channels on YouTube. One of these channels is the official YouTube handle of MAPPA. If you’re thinking about a proper first trailer, there’s technically only one which comes complete with creepy chainsaw sounds playing in the background. Across the different channels that were given permission to post the teaser, it garnered over 25 million views cumulatively in the first few months of rollout.

It’s surreal that a single animation studio is taking on a myriad of industry-breaking animation projects within such a short time frame. Fans are worried that the borderline deadly schedule will impact the work of the studio’s highly skilled animators.

That being said, it’s no secret that MAPPA projects in recent years have continued to be phenomenal. We believe that the studio behind acclaimed titles such as Jujutsu Kaisen, AOT season 4, Kakegurui and Dororo will deliver on the high expectations set by the Chainsaw Man community.

The Chainsaw Man anime is the direct visual adaptation of the very popular manga series which goes by the same name and is noted for its dark humor and violence. It’s a supernatural horror anime and its mangaka is Tatsuki Fujimoto, the man behind Fire Punch.

Who Are The Characters & Voice Cast?

*LIKELY SPOILERS* While we haven’t gone into any detail about the plot points that might spoil the fun while watching the anime, don’t read further if you don’t want to know about the basic background against which the story plays out.

What’s The Plot Of Chainsaw Man?

You may be wondering why our protagonist appears to have a chainsaw for a head. And you may be forgiven for thinking he exists in the same universe as Juzo Inui from No Guns Life considering the slight similarities in character design.

But the world in which lives is starkly different. The setting is 1997, in an alternative timeline where the USSR has not collapsed and is still powerful. In this universe, devils exist and they are made out of human fear. The power levels of these creatures are proportional to the fear they incite. Humans can use their power through contracts they make with the devils.

The specialists that hunt devils down and form contracts with them are called Devil Hunters. The lore states that the devils are caught in a cycle of life and death. When they die in Hell, they are sent to Earth. When they are killed on Earth, they go back to Hell.

There are extremely powerful devils called “Primal Fears” that reside in hell. The show revolves around the Devil Hunter hierarchy and its dynamics. Denji is the main protagonist of the show. As a young boy, he inherits his deceased father’s debt to the Yakuza.

The mob hires him as a Devil Hunter as a way to pay off the debt. In order to become a Devil Hunter, Denji makes a deal with the Chainsaw Devil Pochita. When the Yakuza which is under the control of a devil betrays him, he is killed and Pochita fuses with him, creating a human devil hybrid out of the body they then share.

On some rare occasions, Devils inhabit the body of a dead human. This enables them to take on their memories and personality traits. These creatures are called Fiends (includes the gun fiend and the blood fiend archetypes) and they are generally benevolent to humans.

How Many Episodes Are There In Season 1?

As with the date of launch, we’ve been kept in the dark when it comes news on the number of episodes in the anime. However, we can make some calculated guesses. Judging by the scale of Chainsaw Man and the similarities to some of the studio’s earlier works like Jujutsu Kaisen, we can speculate that the number of episodes might be between 24 and 26.

It is also worth pointing out that a 24-episode anime series is probably enough to cover all 97 manga chapters that exist in part 1 of Chainsaw Man. A less likely scenario is that the first season might be split into 2 parts as was the case with Attack on Titan. Each part could have 12 episodes and there may possibly be a sufficient gap in between these two releases.

Will There Be A Season 2?

Talking about season 2 is definitely jumping the gun at this point. The first season will not be airing until fall 2022. Since studios tend to release only one anime per season, the likelihood of Chainsaw Man being broadcasted in the winter season (January-March) had been low anyway due to the fact that AOT season 4 part 2 got the green light to start streaming in January.

The final chapter in part 1 of the Chainsaw Man manga was released on December 14, 2020. Immediately after this, the author confirmed the continuation of the manga, which implied a second part to the source material.

ALSO SEE: Who Is The Beast Titan In Attack On Titan [Explained]

If season 1 of the anime covers the first part of the manga, then season 2 should cover the second part. However, part 2 of the manga does not have an official release date and hence news of a second season of the anime is nowhere on the horizon for now.

Where To Watch Chainsaw Man?

Just like with every other piece of information about Chainsaw Man, there is no news on which platform(s) will air the anime. Many in the community are expecting Netflix to go all out to purchase the rights to exclusively stream the anime outside Japan. Crunchyroll and Viz Media might also be eyeing a license to bag the anime series.

The Rising Of The Shield Hero Season 2: Release Date, Trailer & Everything Else