Ceramic White PS3 to be released in North America? 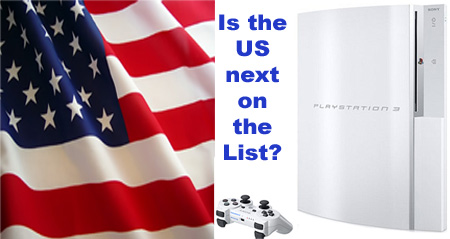 In November 2007, Japanese gamers got the much-talked about 40GB all-white PlayStation 3 console. Now, it seems that the US may just be next on the list to be offered this very version of Sony’s next-generation console.

It was the filings at the Federal Communications Commission that pointed everybody in the direction that the Ceramic White PlayStation 3 would be on its way to North America.

In Japan, the 40GB Ceramic White PS3 console was priced at JPY 39,980. For this price, Japanese gamers got the 40GB console in the very Wii-like hue bundled with an equally pure-looking white DualShock 3.

A covering letter from Sony Japan shows that the unit for submitted to the FCC and the American Telecommunications Certification Body in October 2007, requesting short-term confidentially “to avoid premature release of sensitive information prior to marketing or release of the product to the public.”

Interestingly, data that was released by marketing research firm NPD showed that Sony sold a whopping 7,98,000 PS3 units in December 2007 alone in the US. This marks the strongest monthly sales for Sony in the region.

Only so much is known so far. The only thing that remains to be seen seems to be the release date.