There’s a new entry-level Celkon smartphone on the block, which has come in the form of the Campus Whizz Q4. This low-end device runs the Android 4.4 KitKat OS, and apparently bears a front camera with an LED flash sitting beside it. Although it has been revealed that the phone will be sold along with a free flip cover, its price and release date information has been kept undisclosed.

Affixing smartphones with front-facing flashes has been a practice common among manufacturers who like to market their devices as selfie-focused ones. The company’s official site is mentioning that the Celkon Campus Whizz Q4 features a 1.3MP front camera with a ‘flash light.’ 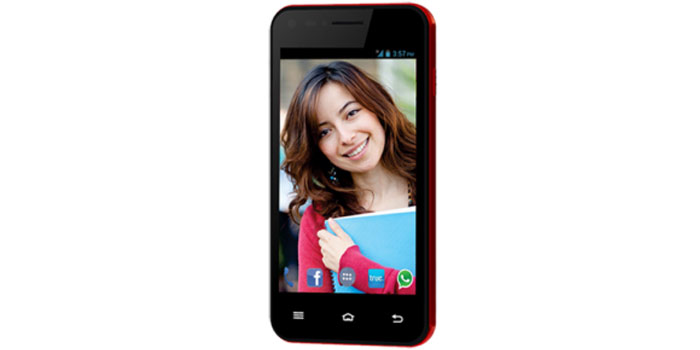 However, nowhere else on the site does it even choose to mention this attribute, which could go onto indicate that it’s an error on part of those who listed out the specs. Anyway, let’s take a look at what else this Celkon handset has in store for prospective customers.

Also Read: Celkon’s new XION S CT695 is a 7-inch tablet that wants to be a smartphone

This dual SIM 3G Campus phone’s 4-inch display grabs a WVGA resolution of 800 x 480 pixels, while its processing is handled by a 1.3GHz quad core Cortex A7 CPU. While 512MB worth of RAM has been granted to it, its internal memory has been kept fixed at 4GB. There’s a microSD card slot present on it though.

A glance at the specs of the Celkon Campus Whizz Q4:

The Celkon Campus Whizz Q4 is yet to be released in the market, but we’re guessing that will happen soon since it has already been listed on the company’s website.