Budget smartphone maker Celkon has announced a new addition for the mid-range segment, the S1. To compete with the other OEMs in India, the company has designed the device with some pretty interesting specifications which include a quad core processor and a 5-inch 1080p display, at an affordable price.

Celkon’s S1 is targeted against the Titanium S7 from Karbonn and the Canvas Turbo A250, both of which offer similar specifications and retail for around the same amount. The S1 is powered by a quad core 1.5GHz processor and it runs Android 4.2.1 Jelly Bean which comes with a custom UI from the company. Design-wise, the handset looks pretty good featuring 3 capacitive buttons below the display, a matte rear panel and a slim form factor. 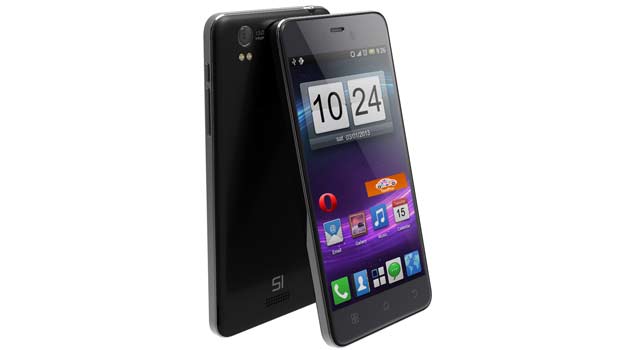 According to the official specs, the Celkon S1 is just 6.5mm thick and it weighs around 137 grams – Pretty good for an affordable phone, don’t you think? The touchscreen here is basically an OGS IPS panel with pixel density of above 400ppi. One of the most interesting features is the 8MP front camera. Apart from this, the company has also thrown in a 13MP rear snapper.

As expected, the Celkon S1 is a dual SIM phone and it supports 3G networks. Other connectivity features include Wi-Fi 802.11 b/g/n, Bluetooth and USB 2.0. The device is also fitted with 1GB RAM, 16GB internal storage and a 2300mAh battery. There’s no word on whether the handset tags along a microSD card slot for memory expansion.

Here’s a quick look at the handset’s specifications: