Celkon Signature One A107, A9+ Android handsets unveiled in India at entry-level prices 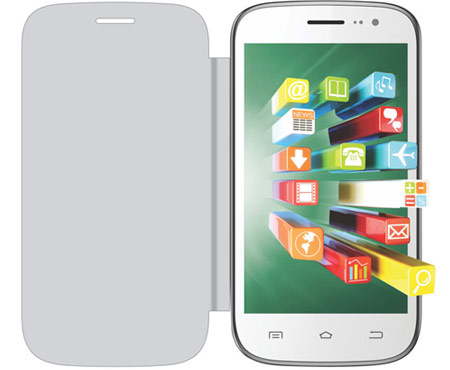 Celkon has officially announced the Signature One A107 which has already been put up for sale at an entry-level price through online retailers in India. The device brings another sibling along that goes by the name of A9+ and operates with the assistance of the Ice Cream Sandwich platform.

The Celkon A107 had shown up on the web earlier this month and now the company has gone on record to confirm its pricing details. Featuring dual SIM card slots, the device misses out on the latest iteration of the Jelly Bean platform and instead makes the most of the Ice Cream Sandwich 4.0 OS. Whether it will receive an Android 4.1 OTA upgrade or not, is not known. 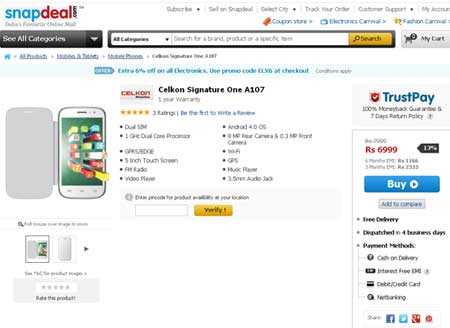 The front panel is fitted with a 5-inch capacitive multi-touch display as well as a 0.3MP webcam for facilitating video conferencing while on the move. The rear-facing 8MP camera can be employed for the purpose of capturing high-quality images and recording HD videos. The latter also tags along attributes like flash and digital zoom amongst a number of others.

As for the multitasking properties of the device, they are handled by a dual core processor that is said to clock in a maximum speed of 1GHz. And the chipset also has 512MB of RAM to go with it to ensure smooth multitasking at all times. In case the limited internal memory is not enough for hoarding digital content, users have the option of inserting a microSD card of up to 32GB capacity in the dedicated slot carved into the chassis. 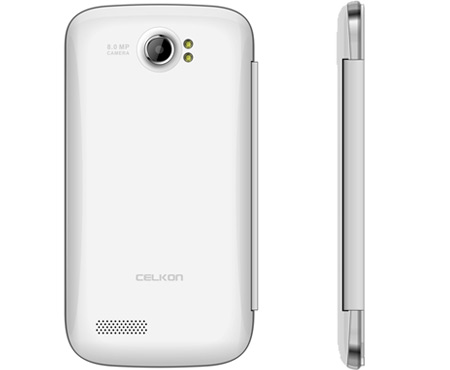 Measuring 148 x 77.2 x 9.6 millimeters, the phablet draws power from a 2100mAh battery that should shoulder the responsibility of keeping it charged for at least an entire day. The 2G phone has common connectivity ports such as USB and 3.5mm audio jack and its list of wireless communication options include Wi-Fi and Bluetooth. 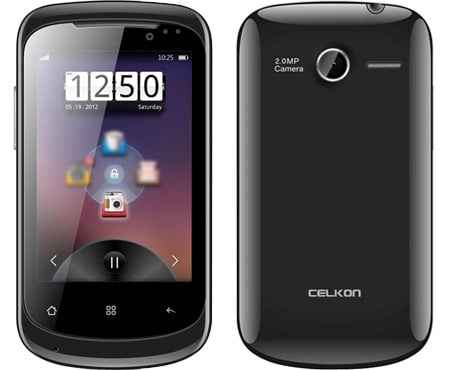 Key specifications of the Signature One A107: