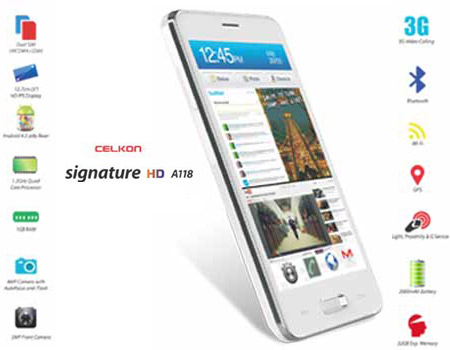 The Celkon A118 Signature HD should vie for attention in India against devices like the Intex Aqua I-5 and the Lemon A4 amongst a number of others. It is driven by Google’s Android Jelly Bean 4.2 platform and gains steam from a MediaTek 6589 quad core processor that ticks at 1.2GHz.

A PowerVR SGX 544 MP2 GPU, 1GB of RAM and a 2,000mAh battery are additional components residing within the crust of the phone. The HD IPS multi-touch screen that rests on the front panel of the the Celkon A118 Signature HD has a knack of spewing visuals at 720p resolution. Also, an 8MP camera flaunting attributes such as auto focus and an LED flash has been planted on its rear surface, while users can rely on a 3MP webcam to make video calls. 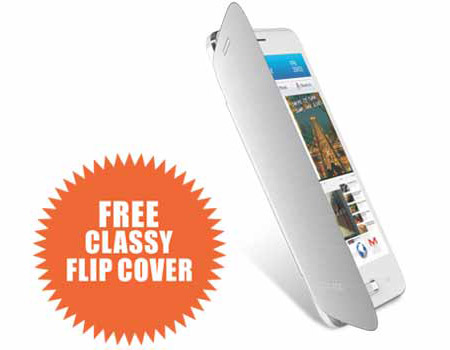 Out of the Celkon A118 Signature HD smartphone’s 4GB internal memory, approximately 1.7GB space has been made available to users for storing content. As there is quite the possibility that this could prove to be insufficient to some, a microSD card slot has been embedded on the gadget to support expansions of up to 32GB.

Whenever the A118 hits availability status, it will be pinned at roughly Rs 12,500. The manufacturer also plans to toss a complimentary flip cover into the package.

To briefly recap, here are the device’s highlighted specifications: