The Celkon Rahmanishq series of smartphones now has a new member, the AR50 that plays successor to the AR45 which was released not long ago. As expected, it falls in the budget-friendly category and has been priced below Rs 8,500 in India.

The gadget dedicated to the music maestro A R Rahman, is a phablet that offers a multi-touch real estate of 5 inches on the front panel. Like a number of other devices belonging to this segment, the AR50 also extends support to dual SIM card slots and it goes without saying that prospective customers can expect it to be compatible with 3G mobile networks. The Celkon handset makes the most of the Android Jelly Bean 4.2.2 OS, but it may not receive a software update for the later versions. 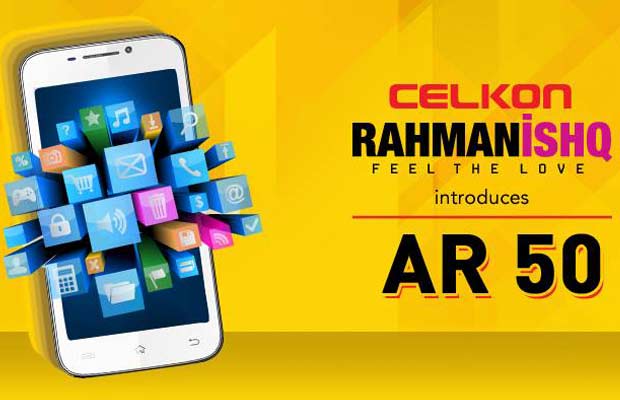 Designed for music lovers, the handset relies on a dual core Cortex A7 processor instead of a quad core one. Its chipset can clock in a maximum speed of 1.2GHz, but sadly there’s just 512MB of RAM which may prove to be insufficient for supporting demanding applications. As far as the internal memory is concerned, the phone has 4GB of it and lets you expand it further by not more than 32GB using a microSD card.

And what’s more, you will find a 5MP camera with auto focus and the ability to record videos on the rear panel, while the front side plays host to a VGA snapper for web conferencing purposes. The common connectivity features like Wi-Fi, Bluetooth, a USB port and an audio jack should also be present in the gadget.

The Celkon Rahmanishq AR50 will be made available towards the end of this month for Rs 8,499 through various retail channels across India.