Celkon Q40+ is a an truly lightweight entry-level KitKat smartphone

Another day, another addition to the entry-level category and the latest release comes from Celkon with its Q40+ smartphone. The Indian OEM is yet to officially announce the phone’s existence and that may happen soon as the device is now listed on the company’s website.

The Celkon Q40+ meets the usual norms of the entry-level Android category. The handset comes with Android 4.4 KitKat out of the box and it offers dual SIM support. There’s HSPA 3G connectivity as well, only on one slot, while the other one will support 2G EDGE networks. 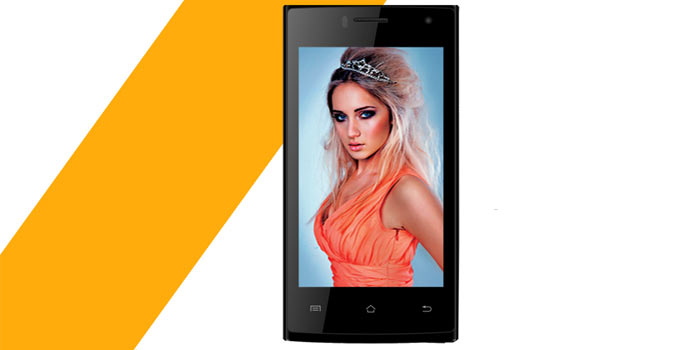 While the phone is quite thick at 9.6mm, it’s quite lightweight at 109.3 grams. We can’t really comment on the design as only a single image of the device’s front panel has been provided, but the specs have been revealed in their entirety. The phone will offer a 4-inch WVGA 800 x 480 pixel IPS display on the front, but no accompanying camera.

On the rear surface, there’s a 5MP AF snapper with an LED flash. The internal hardware is pretty much predictable and not much different from what most other smartphones in the same category offer. Processing power is dished out through a 1.3GHz quad core chipset, while memory is taken care of by 1GB worth of RAM and 8GB flash storage.

Here’s a roundup of the Celkon Q40+’s main specs:

The Celkon Q40+ is most likely to go on sale in the coming days and judging by its features, it should be priced at around Rs 5000 to Rs 6000.