After introducing us to its new Millennium range of smartphones earlier this month, Celkon has now gone on to infuse the series with yet another entry called Vogue. Priced at Rs 7999, this device is distinguished by its thin form factor and it adheres to the recent Indian norm of infusing handsets with the KitKat version of Android rather than the old Jelly Bean variant.

The Celkon Millennium Vogue is a dual SIM device which is just 7.9mm thin. Weighing in at 83.7g without its battery, it plays home to a 4.5-inch IPS display that showcases its visuals in a 540 x 960 pixel resolution. Apart from 16GB of stock storage, it also features a microSD card slot that you can exploit in order to expand the space further up to 64GB. 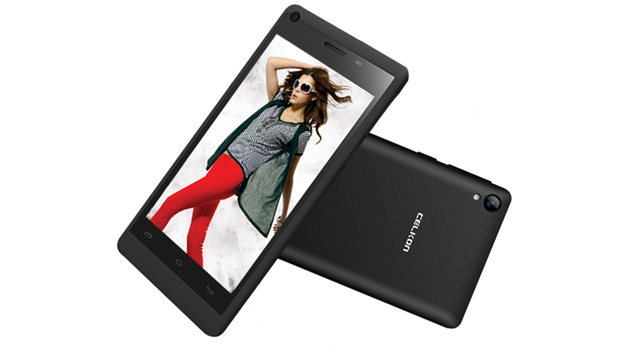 The Millennium Vogue from Cellkon kicks in an 8MP rear camera, while its front occupies a 1.3MP snapper. It runs on a quad core 1.2GHz Broadcom processor and possesses 1GB of RAM. Its 2000mAh battery provides it with 8 hours of talktime.

Here’s a quick glance at the specs of the Celkon Millennium Vogue:

There’s no word on when the Celkon Millennium Vogue will be reaching retail channels, but we’re guessing that should happen in the days to come.