Celkon has just introduced into India a new smartphone in the form of the Millennia 2GB Xpress which has its retail value set at an affordable Rs 6222. As is clear from its name, this device boasts of offering 2GB worth of RAM, which is quite uncommon among other handsets from this price range.

The new Celkon Millennia 2GB Xpress is a dual SIM 3G phone; in case you’re wondering if it has 4G support or not. It runs the outdated Android 4.4 KitKat OS out of the box, and its makers haven’t made any claims of upgrading it to Lollipop in the future.

The Millennia 2GB Xpress features a 4.5-inch display which showcases its visuals in an FWVGA resolution of 480 x 854 pixels. It’s fueled by the combination of a 1.2GHz quad core processor and 2GB worth of RAM. Power management is taken care of by a 1500mAh battery, which is a cause of concern. 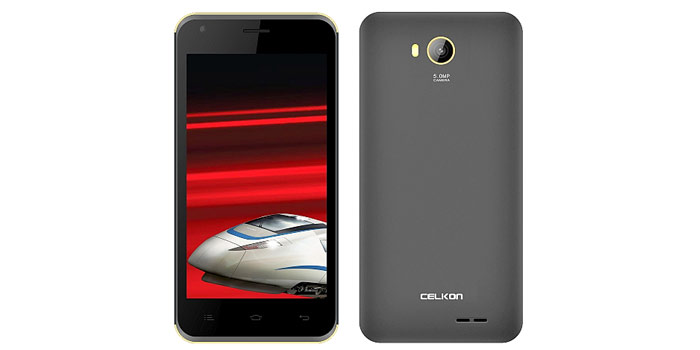 This Celkon offering ships with 16GB worth of base storage which can of course be expanded further up to 32GB by means of its microSD card slot. On its rear surface, it houses a 5MP autofocus camera and an LED flash, while its front face kicks in 1.3MP selfie unit.

Here’s a neat look at the main specs of the new Celkon Millennia 2GB Xpress:

The Celkon Millennia 2GB Xpress is expected to arrive in stores all over India soon, totting its above mentioned retail value of Rs 6222.