Celkon has introduced a new smartphone for India which is designed for selfie lovers and it calls the latest release the Millenia ME Q54. The phone is one of the most affordable launches in this category and it offers a good deal of features for its Rs 5555 price tag.

Like most selfie handsets on the market, the Celkon Millenia ME Q54 also comes with a 5MP front-facing camera. However, the company hasn’t included an LED flash which would have delivered better self portraits in low-light conditions. And there’s no word on whether any software enhancements are also onboard to allow users to tweak captured images. 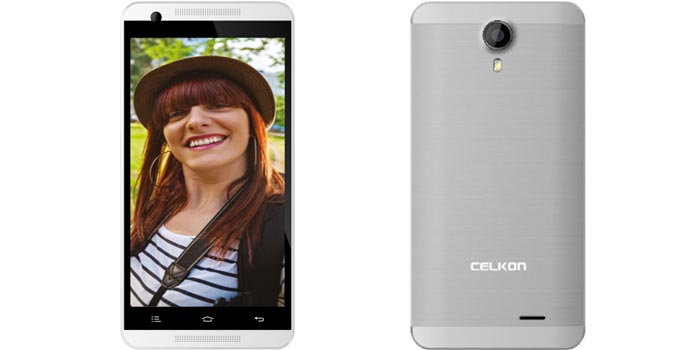 Since we’re talking about software, the Celkon handset is loaded with Android 4.4 KitKat. The rear snapper is also rated at 5MP and it has an LED flash as well. To power up the smartphone, a 1.2GHz quad core processor of unknown make has been implemented which is a nice addition for the amount being asked, but you’ll only get 512MB of RAM.

Additionally, the internal storage is pegged at 4GB with microSD expandability of up to 32GB. The Millenia ME Q54 also has a generously-sized display of 5 inches and visuals are at FWVGA resolution. Other features of the smartphone include dual SIM support, 3G HSPA connectivity and a 2000mAh battery.

The Celkon Millenia ME Q54 will go on sale through online and local retail stores in the coming days.