The Celkon Campus Mini A350 is the company’s fifth launch in this month itself and the new smartphone has been added to its Android 4.4 KitKat roster in India. And on top of that, we expect to see a couple more showing up in the coming weeks. As the name would suggests, the Campus Mini A350 handset is a compact one and it has been launched at just Rs 3799.

The Celkon Campus Mini A350’s price tag is definitely an attractive one, but it isn’t the cheapest from the company. That title would go to the Campus A35K which is tagged at Rs 2999 and offers similar specifications. The smartphone in question houses the smallest display you’d see on new Android phones – 3.5 inches – and it delivers visuals at 480 x 320 pixels. 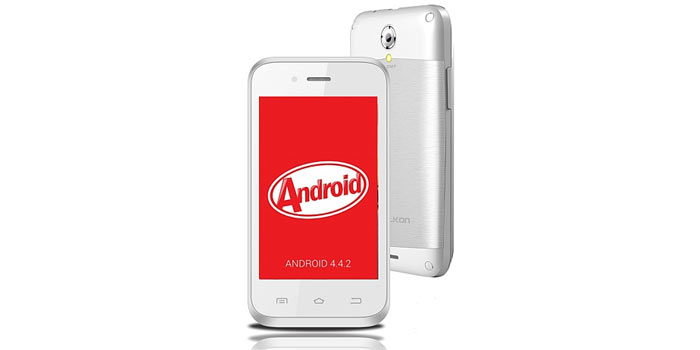 On the design front, the Campus Mini A350 handset features a metallic rear panel with a brushed texture and there are dual cameras onboard. A VGA snapper is fitted on the front, while a 3.2MP lens with LED flash can be found on its rear. On the inside, the phone employs a 1.3GHz dual core processor that’s backed by 256MB of RAM which is as basic as it gets.

Then there’s 512MB of storage and a microSD card slot for extra hoarding capacity. As you’d expect, the phone offers dual SIM slots and it’s quite surprising to see 3G connectivity here. You also get Bluetooth, Wi-Fi and GPS.

Here’s a roundup of the Celkon Campus Mini A350’s specs:

The Celkon Campus Mini A350 will be available bundled with a free back cover at the aforementioned price.