Celkon A107 Signature One price unknown, unboxed with C779 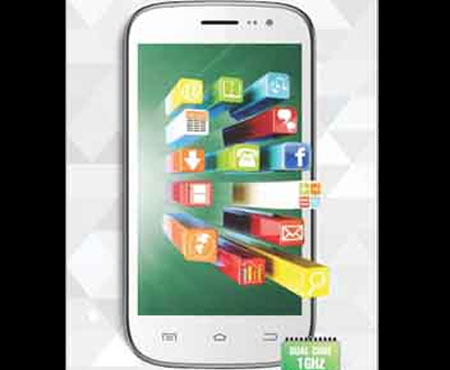 Celkon will soon be releasing the A107 Signature One in India along with a feature handset called C779, but the company has chosen to keep mum regarding their availability and price details. Both phones should be launched in the entry-level market of the country and are not likely to burn a hole in users’ pockets.

The Celkon C779 is meant for those who require a handset only for the basic features of making and answering calls and clicking an occasional picture. It can be inserted with two SIM cards at the same time and users will not have to worry about draining the battery of the device as it is driven by a power pack of 1800mAh capacity.

One of the best advantages of this phone is that it can be charged using an AAA battery so customers will not have to look for a power socket, in case it dies. Its front side houses a 2.4-inch screen as well as an alphanumeric keyboard, while the rear plays host to a 1.3MP camera that can be employed for the purpose of capturing pictures as well as videos. The device runs the proprietary OS.

The aforementioned smartphone sticks to the current norm of employing a 5-inch capacitive multi-touch display. Under the screen lies an intuitive interface that is triggered by the Android Ice Cream Sandwich version 4.0 platform. The device seems unlikely to receive the Jelly Bean upgrade in the future.

Its ability to multitask by launching a couple of applications at the same time can be attributed to a dual core processor which ticks at 1GHz. 512MB of RAM works in tandem with the chipset to maintain smooth navigation. Out of 512MB of onboard storage, only 105MB space can be used for hoarding content, but customers can expect it to be embedded with an expansion slot. And what’s more, the phablet is armed with an 8MP camera as well as a VGA front-mounted webcam too.

The Celkon A107 Signature One and C779 will be arriving in India very soon, but as we mentioned above, the OEM is yet to confirm their price information.

Specifications of the Android phone:

Specification of the feature phone: