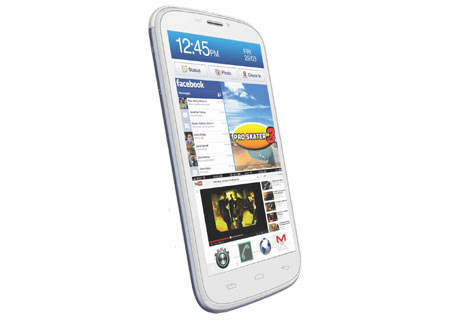 Celkon has announced the 119Q Signature HD in India, a smartphone which is its very first quad core device with a budget price of Rs. 12,499. Additionally, the handset is also the successor to the 119 which was launch back in March this year carrying a dual core processor, 4.1 Jelly Bean and dual SIM slots.

In spite of the alluring retail tag the Celkon 119Q Signature HD carries, the phone will face tough competition in the market from affordable choices like the Karbonn S4 Titanium and the Xolo Q700 that have quite similar specifications as well as the Micromax Canvas 3D which as its name suggests, packs a 3D panel for below Rs. 10,000. Unlike its predecessor, the device runs on the 4.2.1 Jelly Bean platform out of the box, delivering the best Android experience possible. 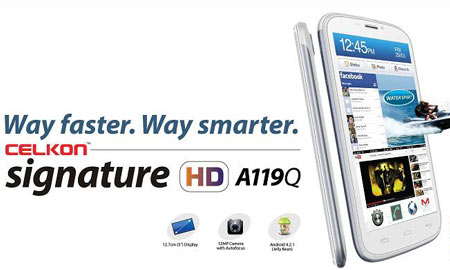 There are dual SIM card slots equipped here as well, albeit only one supports WCDMA (3G) networks. Owners will be able to throw GSM cards into either slot. Visuals are rendered through an IPS touchscreen that has a WXGA resolution of 720 x 1280 pixels. The panel spans 5 inches wide, placing it in the phablet category. Where the design is concerned, the handset measures 148mm x 74.5mm x 9.3mm and the weight is pegged at 177 grams which is almost as heavy as the Lumia 920.

Some of the main attributes incorporated within the device include a 12MP AF camera on the rear with flash and a 3MP webcam. Despite the existence of a large 2100mAh battery, the phone is only capable of delivering around 5 to 6 hours of talktime or 140 hours of standby. A MTK 6589 SOC does the heavy lifting from the inside through a quad core 1.2GHz processor, 1GB of RAM and PowerVR SGX 544 graphics. 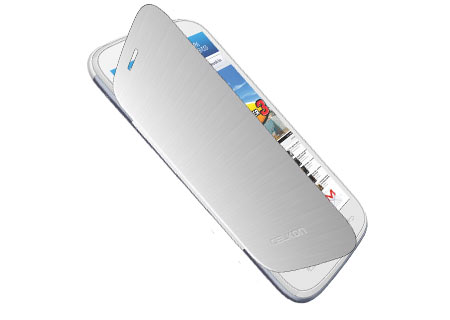 The Celkon 119Q Signature HD will be available in India for the said price and with a free flip cover. There’s no official release date as yet, but its local availability shouldn’t be far off since the company has already unveiled the phone.