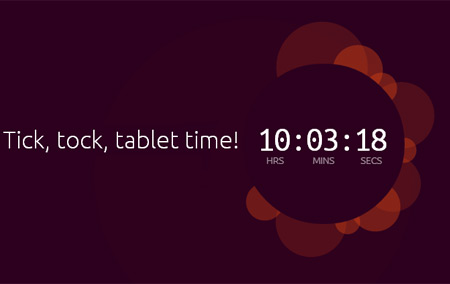 Canonical has put up a teaser countdown timer hinting at a tablet announcement for today, February 19, 2013. Surprisingly, this timer is almost completely identical to the one that HTC has set up for its own little event, also scheduled for later in the day. Coincidence? We think not. The likelihood of a coincidence in such a situation (especially in an industry like this) is diminishingly small and the two events might just be linked.

Pocket-lint‘s Jake Smith was the first to notice this Ubuntu teaser on the company’s website. With the words, ‘Tick, tock, tablet time!’ spelled out beside the actual hours, minutes and seconds counting down, speculation is that Canonical plans to announce its tablet plans for the new mobile platform. But delving deeper then, do the words ‘tick, tock’ have some significance as well? 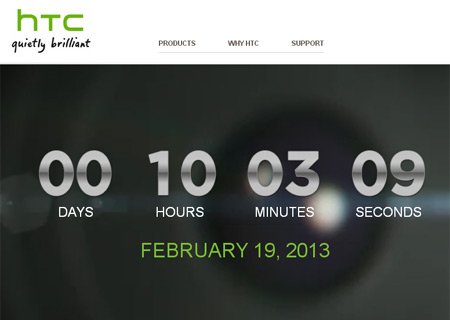 The company did something similar while unveiling its touch-based OS for phones in early January and set off for a debut at the CES a little later. Recently, it was even made known that a developer preview was incoming and is scheduled to launch this Thursday, the 21st. In that official release, no mention was made of tablet compatibility.

Last year the company unofficially released the desktop installer for Ubuntu on the Nexus 7, which could be used to run a full-blown version of the OS on the slate in question. This was made possible through a simple one-click process and after a short wait, the Google device would then have all the niceties of the desktop platform. 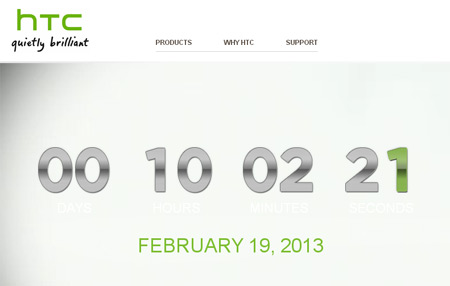 With the timer for the HTC event counting down, we’ve noticed something strange. Every time the number ‘one’ arrives in the seconds’ place, it turns green while the other numbers are silver. When this happens, an image of a phone is teased with a bright light obscuring whatever might be construed. This leads us to believe that it could be the Taiwanese manufacturer’s way of informing us that it is to unveil the ‘HTC One’ (or something in the range perhaps).

The Ubuntu teaser countdown timer seems oddly reminiscent of the one at HTC’s website and still we can’t count out the possibility that it is just a flash in the pan, an overwhelmingly improbable coincidence. We should find out soon enough.