The Canon Powershot G16 which had been launched back in August last year has managed to set foot in India now, and it’s accompanied by a price tag of Rs 34,995. Introduced in the US at $550, the camera features a high-resolution sensor and other advanced features which include Wi-Fi sharing capabilities and the ability to connect with Android and iOS devices.

The Canon Powershot G16 incorporates a 28-140mm wide-angle lens which is one of its main highlights. It moreover, grabs hold of a 12.1MP CMOS sensor and a DIGIC 6 image processor. When the two combine, they result in the Canon HS System which helps in improved low-light performance and fast operation. The camera also features support for 1080p video recordings at 60p. 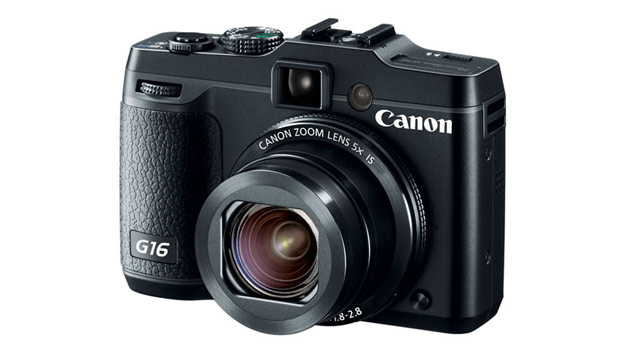 The above mentioned 28mm-140mm lens offers 5x optical zoom. This device also comes equipped with technologies like High Speed AF and Intelligent IS. A 3.0-inch TFT color LCD with wide viewing angle can be spotted on the Canon Powershot G16 which is sized at 108.8mm x 75.9mm x 40.3mm and weighs in at 314 grams.

When it was unveiled back in August, three other models were also revealed alongside it, but they have yet to make their way into India. These include the S120, the SX510 HS and the SX170 IS. Besides there was also the PowerShot N which is marketed as the Facebook camera.

Like we said, the Canon Powershot G16 is now available for purchase in India at a price of Rs 34,995.