The Canon PowerShot G1 X Mark II has been launched in the US along with a number of other cameras and it is slated to hit store shelves sometime in the month of April. As you may already know, this gadget plays successor to the PowerShot G1 X and photographers interested in the device can expect a lot of improvements with the new version of the snapper.

Aimed at professional and advanced amateur photographers, the camera claims to offer DSLR-like functionality. It employs a 12.8MP 1.5-inch CMOS sensor and has an ISO range from 100 to 12800. Canon’s HS System has been integrated along with DIGIC 6 image processor to deliver fast auto focus speeds. This should facilitate capturing good quality images even in low light conditions. 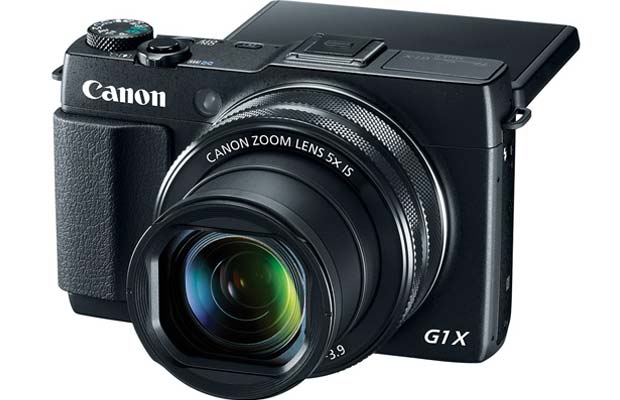 You can customize the settings using the Dual Control Rings featuring a Step Ring and a Continuous Ring. And as there’s the new f/2.0 – f/3.9, 5x optical zoom lens, you can make the most of the focus functionality by blurring the background. This can even be done at full-zoom range. Instead of 9 Auto Focus points, the Canon PowerShot G1 X Mark II has been loaded with 31 AF points.

Moreover, the snapper’s 3-inch LCD can be tilted 180-degree up and 45-degree down to compose shots and it goes without saying that the gadget can record full HD 1080p videos as well. Shooting modes like Background Defocus and Advanced Star modes such as Star Portrait, Star Nightscape, Star Trails and Star Time Lapse Movie amongst other have been offered to enhance the images and movies. 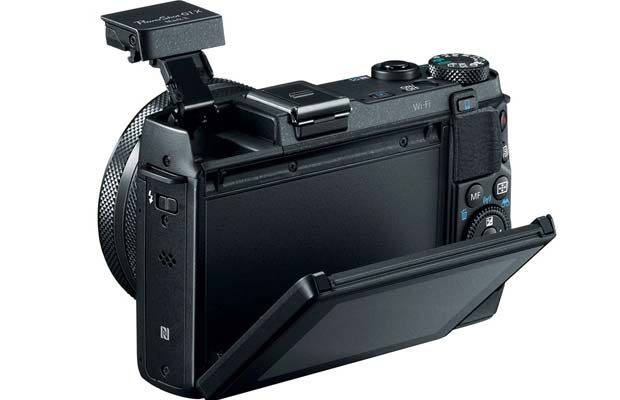 And if that’s not enough, the Canon PowerShot G1 X Mark II boasts of Wi-Fi and NFC for wirelessly transferring content to compatible devices. You can even expect the remote shooting attribute. Accessories like an optical electronic viewfinder and grip will also be available for the camera.

The Canon PowerShot G1 X Mark II is slated to be available in April for a price of Rs $799.99.