With an aim of giving mirrorless cameras another shot, Canon has launched the new EOS M3 snapper which comes complete with support for interchangeable lenses. Set to be made available for purchase in April of this year, the new device will have its price set at £599.99 in the UK.

The Canon EOS M3 will be powered by the company’s latest DIGIC 6 image processor which also forms part of the ultra high-end 7D Mark II, 5DS and 5DS R. There’s a 24.2MP APS-C CMOS sensor onboard as well for high-quality image-capturing and video recording. 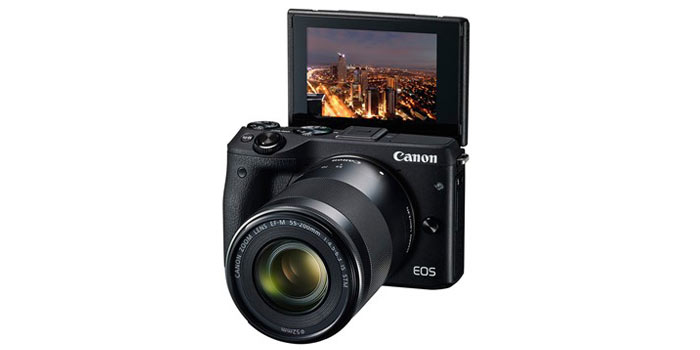 Canon has blessed this new shooter with a fresh 49-point AF system that’s accompanied by Hybrid CMOS AF III. This system is being claimed to be 6.1 times faster than the one that was present on the predecessor of this device.

The EOS M3 ships with NFC and Wi-Fi support, and carries onboard a 3-inch ClearView II TFT-LCD touchscreen display which can tilt up 180 degrees for the pleasure of selfie enthusiasts. While it does have a built-in flash, its maker has nonetheless provided a hotshoe mount for it. The M3 features video recording capabilities, and can shoot 1080p full HD clips at a maximum of 30fps.

According to Digital Photography Review, this Canon camera has its size set at 111mm x 68mm x 44 mm, while it tips the scales at 366gms. It’s this compact nature of the product that makes it so appealing to photography buffs that have a small budget.