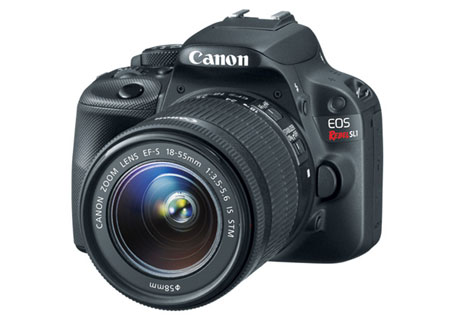 A price for the Canon EOS Rebel SL1 has been made official, along with a broad mention of a release date. The digital SLR camera is about 25 percent smaller and approximately 28 percent lighter than the T4i in the same series, and the company claims it is the smallest and lightest among those which use APS-C size equivalent sensors.

First off, the device sports an 18MP CMOS sensor with an ISO range of 100 to 12,800 for photos, giving it a good response in both bright and dimly-lit conditions. It features the company’s Digic 5 image processing technology capable of shooting stills at 4 frames per second. This engine is also packed into the PowerShot G15 which we saw last September. On the other hand, the EOS 6D has an enhanced version of the image processor. 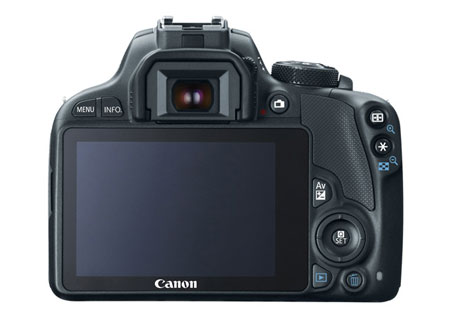 There will be a 3-inch touch screen LCD on the SL1, which supports two-finger gestures for zooming. Menus can also be navigated and settings adjusted using touch, and users can browse through the images captured by swiping movements. In addition, special scene modes and a few creative filters can be applied on the camera itself.

Debuted in the snapper is a new nine-point center cross-type auto focus system which helps achieve sharp focus quickly, while providing a wider focus area is a new hybrid CMOS AF II sensor. Plus, there is an increased continuous AF speed. It also has a full HD movie mode and is capable of tracking and focusing on moving subjects. The latter is possible due to the company’s Movie Servo AF technology which makes use of the lens’ stepping motor for smooth focusing. 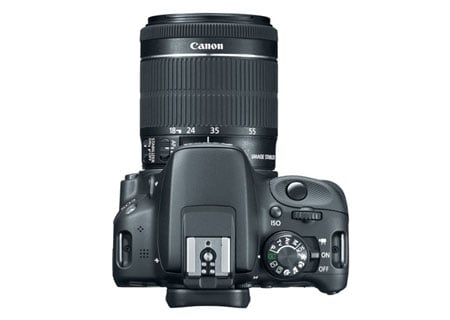 A new addition is the effect shot mode which creates two different images, one with a creative filter applied and the other without. With the camera, it is possible to view creative filters and background blur simulation in real-time during Live View shooting. And there is even the option to edit images on the DSLR and save the finished photo as a separate file. 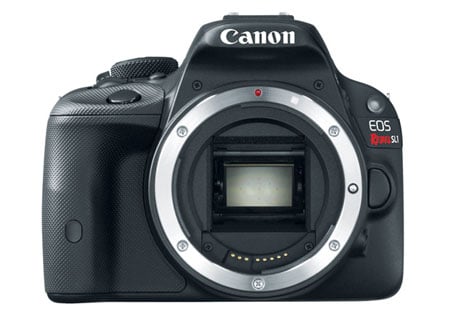