You can soon grab the Samsung Galaxy Note Pro in India, but it won’t come cheap

Samsung took the wraps off its latest Neo range in India comprising of new tablets and smartphone and it has also launched the Galaxy Note Pro 12.2-inch slate which comes with top-tier hardware components. The business-oriented tablet will go on sale soon and it carries a rather premium price tag.

Compared to the Samsung Galaxy Note Pro, Apple’s iPad Air with 64GB memory and cellular connectivity is a cheaper option. The former slate is tagged Rs 64,900. However, the company hasn’t specified if the price is for the base version or its high capacity cellular model. The main highlight of the tablet is its 12.2-inch WQXGA touchscreen which is an LCD panel and not an AMOLED one. 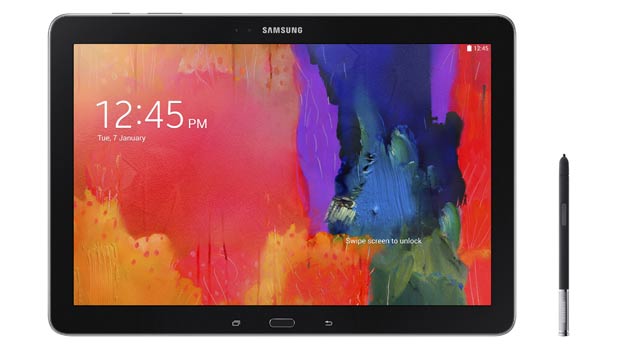 And being part of the Note series, the Samsung Galaxy Note Pro come with the S Pen. The company has also thrown in various software features along with Android 4.4 KitKat to augment the overall stylus experience. They include tools such as Action Memo, Scrapbook, Screen Write, S Finder and Pen Window amongst others. The tablet also features enhanced Multi-Window where you can have up to four apps running simultaneously in split-screen view.

Here are the specifications of the Samsung Galaxy Note Pro:

The Samsung Galaxy Note Pro will go on sale in India in Wi-Fi-only and 3G models. The company has also mentioned that an LTE variant will be available. More details on the tablet can be found here.