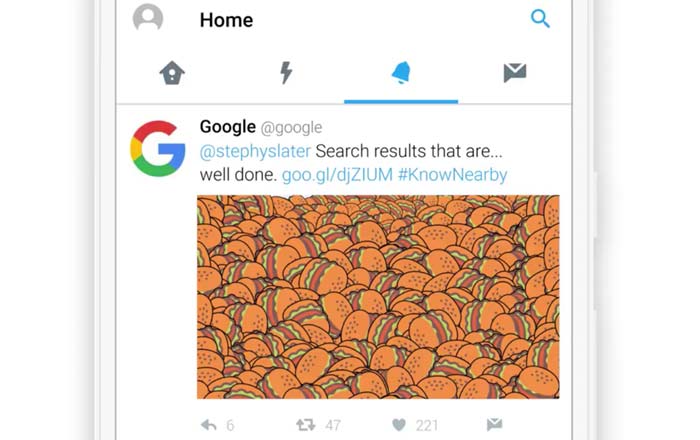 Google’s launched a quirky new feature for Twitter aficionados who don’t want to exit the platform to search for information. From now onwards, you can simply tweet an emoji at the company to get an instant reply with the relevant data.

Google’s prepared for any kind of emoji you throw at it, with Mashable reporting that the brand is prepared for over 200 different kinds of emoticons. These cover a wide range of topics ranging from food, sites and activities nearby.

To get started, all you have to do is tweet something like a burger emoji to @Google. The company’s Twitter handle is then supposed to respond with an animated GIF related to the emoji, a #KnowNearby hashtag, and a link to its search results. The last showcases all the burger joints located close by.

Google is also promising a few scattered easter eggs for dedicated users eager to unlock its secrets. The firm is clearly having some fun with the concept, tweeting out a link to flower shops in response to the smiling poop emoji with a message asking if you need a breath of fresh air.

Of course, you could just directly head to Google Search to seek out information. Searching via Twitter simply adds an amusing element to the results, in addition to getting rid of the need to actually type out words.

The new tool represents the latest way Google Search has tried to make its platform more interactive. It had previously introduced a neat feature which let people play games like tic-tac-toe straight from search.