It was just a couple of day’s back that the Samsung Galaxy S5 went official in India. The company has now put the device up for pre-order through its online store with no change in the release date (availability is still scheduled for April 11). The company isn’t accepting the entire Rs 51,000 retail price for the phone as yet, but you can book the device by paying an advanced fee of Rs 1,500.

While April 11 is the global release date for the Samsung Galaxy S5, carriers in Korea have taken matters into their own hands and have already put the device on sale due to upcoming legal issues. The smartphone is a pretty decent upgrade over its predecessor. 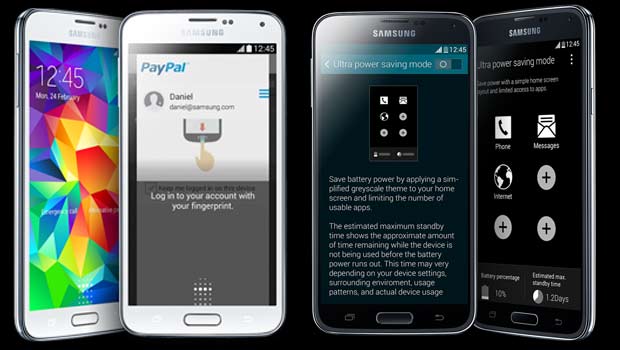 While the phone still has the same design, the company has revamped the internals. The Samsung Galaxy S5 comes with the latest hardware available on the market. An octa core Exynos SOC delivers the steam with Android 4.4 KitKat running the show. The RAM however, is still 2GB, while storage options have been kept the same as well. The device has been made water- and dust-resistant and it now comes with a 16MP rear camera that can record videos at 4K resolution.

Here’s a quick look at the Galaxy S5’s specs:

You can head over to the Samsung eStore and pre-order the Galaxy S5 for Rs 1,500. The device can be booked in white or black shades.