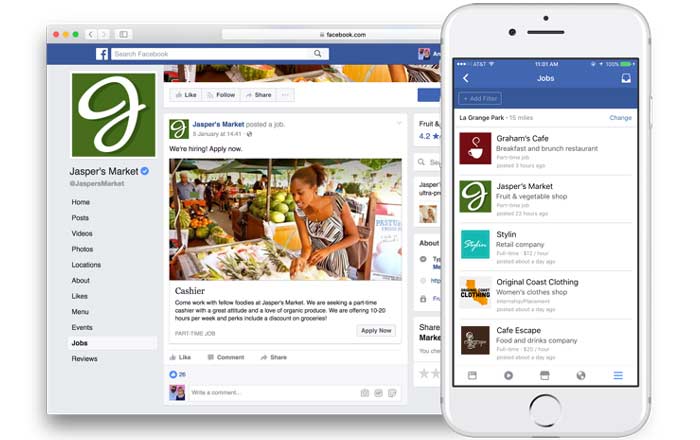 Facebook’s decided to expand its platform beyond social media and live videos to the world of jobseekers and the businesses which want to employ them. In doing so, it’s raising a challenge to professional networking sites such as LinkedIn.

Facebook’s historically been used as place to fill vacancies in the past, so the move doesn’t come across as a total about-turn for the company. The site is looking to streamline this process now by letting businesses in the US and Canada post jobs on its Page and allow people to submit themselves for review via an Apply Now button.

On the employee side of things, Page admins will be able to post jobs, track applications, and communicate with potential recruits on Facebook Messenger. They can also boost posts so that it reaches a larger or more relevant audience.

As for applicants, positions might pop up in News Feed, in the new Jobs bookmark, and next to other posts on a Page. Tapping on Apply Now opens up a form that’s pre-filled with relevant information from their Facebook profile. They can edit and review this data before submitting it.

Facebook’s been testing the addition for some time now. It’s apparently gotten positive results so far. It’ll be interesting to see whether the streamlined process will be able to pose a challenge to established stalwarts like LinkedIn. The format might appeal to small businesses more so than large corporations, making it easier for the former to reach out to people.

You can check out Facebook’s job section here.