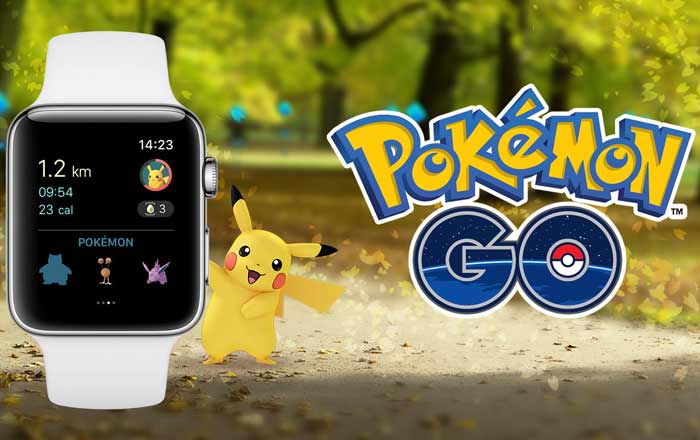 Pokemon Go has finally made its way to the Apple Watch months after the leap was announced alongside the second edition of the smartwatch. The long gap had prompted several rumors that Niantic Labs was planning to abandon the transition altogether.

This hasn’t come to pass, though there’s no denying that Pokemon Go’s arrival on the Apple Watch comes at a tricky time for Niantic Labs. Interest in the game has been steadily waning over the past few months and a companion app on the wearable may or may not be enough to revive enthusiasm.

One major strike against the watchOS version of the game is that trainers can’t catch Pokemon from their wrist. They’ll have to pull out their connected iPhone for that. The biggest advantage of having the app on their Apple Watch is the fitness aspect since they’ll be able to do things like log their play sessions as a workout.

Moreover, a player’s gameplay will be automatically added to their personal Activity rings and distance towards hatching Pokemon Eggs and receiving Candy with their Buddy Pokemon. The presence of the app on a user’s Apple Watch also makes it easier to access notifications about nearby Pokemon, Pokestops, Egg hatching, and medals awarded.

The shift to the Apple Watch will likely make catching and hatching Pokemon much simpler now that people won’t have to constantly hold out their iPhone while walking around to do so. Niantic recently added a number of new features to the game such as introducing new creatures and releasing a limited-period festive Pikachu.

Pokemon Go for Apple Watch is rolling out now bundled with the latest version of the app. You can download it via the App Store.