Fingerprint scanners are increasingly becoming a common feature on many smartphones, with companies touting it as an enhanced security system. However, even these sensors are vulnerable to attacks and can be bypassed with a little skill. A new video demonstrates how the LG V10 can be accessed through a few simple steps in under 30 seconds.

The method which has been described in the video below requires a few things to be executed successfully. First off, a launcher app such as Nova Launcher must be installed in the smartphone. Next, the homescreen must be unlocked and the phone itself has to be left alone with the attacker for a short length of time.

YouTube vlogger Matt OnYourScreen has used the LG V10 to demonstrate the hack. While a majority of devices require users to input a pin or fingerprint before adding a new fingerprint, this step can be skipped through his method. A person would simply have to go to the home button, add Nova Launcher as a Widget and return to the homescreen.

They then have to open Nova Launcher and tap on ‘com.lge.fingerprintsettings’. Selecting the first option that pops up results in an icon appearing on the homepage. Now the attacker is free to add their own fingerprint and delete Nova Launcher to hide any trace of their misdeed. However, there are a few steps users can take to stop this from happening.

The most obvious route is to stop utilizing Nova Launcher. However, this vulnerability might be present in similar apps. If uninstalling is not an option, there is an in-built safeguard present in the LG V10. The phone only allows up to 4 fingerprints, so if a person uses up all of them then a fifth one cannot be added. 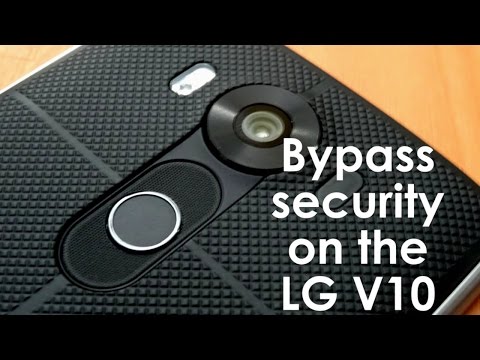