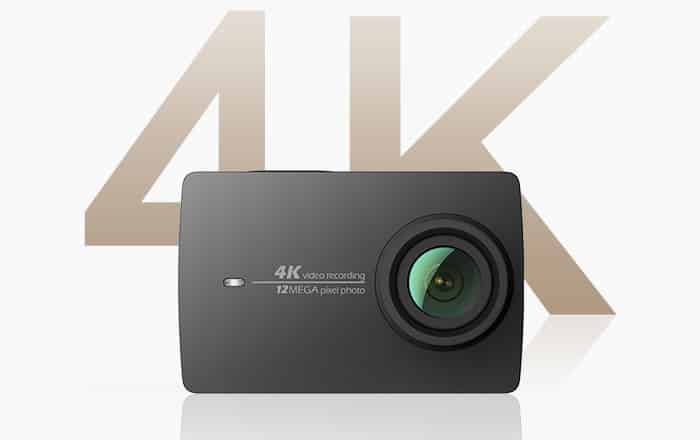 When you think action cameras, GoPro is most probably your first thought but other players like Xiaomi are now looking to compete with the American company with strong offerings. After launching a simple action camera last year, the Chinese firm has now come up with an advanced variant named Yi 4K.

It is obvious that this new device is able to shoot 4K videos, but it does have a number of other attractive specifications onboard as well. Plus, it has been priced at just CNY 1199 which translates to around $185 or Rs 12300. Its competitor, the GoPro Hero 4 Black comes at $500, while it’s being sold officially in India at around Rs 41000.

The catch is that the Xiaomi Yi 4K has been made available through a crowd-funding website in China. Those who back the project will be provided with their deliveries only in June.

It has been fitted with a 1/2.3-inch 12MP Sony IMX377 image sensor. This setup is accompanied by a 7P lens with an f/2.8 aperture and 155 degree angle of view. On its rear side, the Yi 4K even grabs a 2.19-inch display which has Corning Gorilla Glass protection.

Xiaomi has revealed that it shoots in 4K at 30fps, while it can capture 1080p clips at a maximum of 120fps. As for the super slow-mo 240fps standard, the resolution goes down to 720p. A microSD card slot as well as support for Wi-Fi and Bluetooth has been granted to the device.

There are two things with which the Yi 4K action camera wants to challenge the GoPro Hero 4 Black with. As the video in the space above tells you, it features Electronic Image Stabilization and a 1400mAh battery capable of capturing 2 hours of 4K footage at one go.

The Xiaomi Yi 4K action camera sure does look extremely appealing due to its low retail value. However, whether it will be able to beat in the GoPro in terms of image quality is the big question.