TechShout
Home Cameras Now, a selfie stick that flies, and it’s not an April Fool’s... 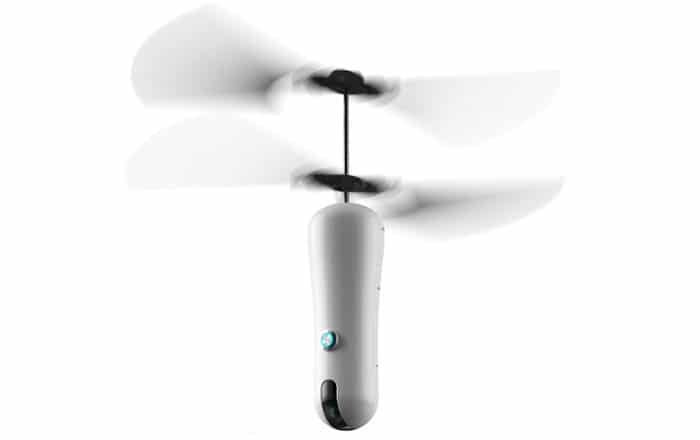 A flying selfie stick is what the world has come to now, and ROAM-e is what this contraption is called. Priced at $349, this device can follow you around, and features facial recognition technology so that it can take only its owner’s selfie rather than other people around them.

The ROAM-e has been created by an Australian company named IoT Group. It is currently available for pre-order, and will begin shipping internationally by the time June arrives.

You can pair this selfie stick up with your smartphone, and it will follow you at a distance of up to 25 meters. The ROAM-e selfie stick from IoT Group comes fitted with a 5MP CMOS sensor camera, and runs on a quad core ARM Cortex A7 processor.

As you can see in its images, it features two rotors on its top, which can easily be collapsed and folded. This makes it quite a portable gadget, and this was the company’s motto from the start apparently, as they have modelled it so that it’s not bigger than a 600-milliliter water bottle.

It has been revealed that the ROAM-e camera is also able to shoot 360-degree panoramas, apart from clicking normal photographs. Moreover, it can even stream live video for up to 20 minutes of flight time.

Not too long ago, a similar product was launched in the form of a drone camera named Lily. Although this device is not focused on clicking selfies, it does feature the ability to follow its user around.

The ROAM-e is indeed not an April Fool’s joke, and you can indeed pre-order it at the moment through its official website.