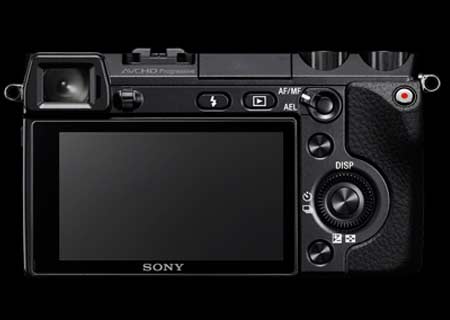 Weighing a little more than 200 grams, Sony Alpha NEX-7 is equipped with the 24.3 megapixel Exmor APS HD CMOS sensor. The BIONZ image processor combined with a sensitivity of up to ISO 16000 allows capturing high-definition videos and images while cutting down the noise. While the shutter release lag is close to 20 milliseconds, it is capable of capturing fast moving action at the rate of 10 frames per second.

“For Sony, the new NEX-7 represents innovation in its purest form. Speed and style meet performance and control, creating a shooting experience unlike anything in market today,” averred Kelly Davis, vice president of digital imaging at Sony Electronics.

Further, NEX-7 records AVCHD Full HD videos at 60p frames rate with stereo sound and the Tracking Focus function allows for focusing on a moving object. Like its predecessors, this device is also incorporated with modes such as program, aperture/shutter priority together with several in-camera picture effects. The auto-lock accessory shoe of this camera supports Alpha devices like monitors, adapters and flashes.

The Sony Alpha NEX-7 camera is priced at $1,350 with the 18-55mm zoom lens while it’s $1,200 for just the body. It will be available through Sony authorized dealers and the official web portal starting November.