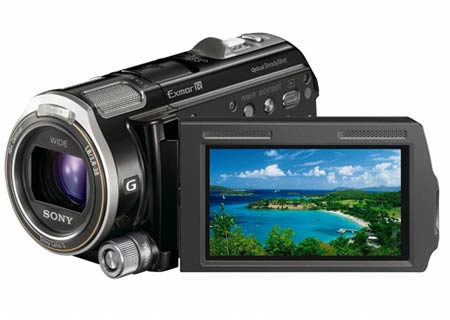 Apart from witnessing the unveiling of 3D-enabled HDTVs, Blu-ray 3D players and digital cameras, we seem to have been finally graced with the entrance of 3D capability-equipped camcorders as well. Sony has recently unwrapped its new lineup of Handycam camcorders which empowers users to immerse into the stunning world of 3D. The company’s latest bouquet of camcorders includes a full HD 3D Handycam model, a built-in projector variant and a video enthusiast offering.

Users can now instantly share slideshows of their captured moments through the new camcorders with an on-board projector. Housed into the 3” LCD panel, the projector can display videos and images at up to 60” diagonally when projected from 6m away onto walls, ceilings or other flat surfaces. Clear acoustics are produced by stereo speakers with Clear Phase and S-Master digital amplifier. The HDR-PJ50VE, HDR-PJ30VE and HDR-PJ10E camcorders lend a new way to enjoy video playback without plugging into an HDTV.